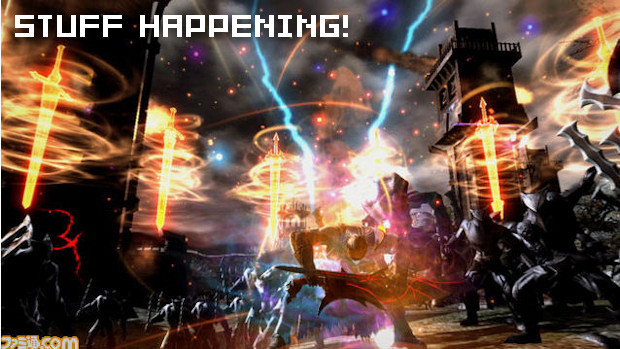 The first real screenshots for Micrsoft’s Dynasty Warriors clone Ninety Nine Nights 2 have appeared, via Famitsu magazine. Perhaps it’s just my rampant DW fanboyism but I always thought the first game was a little bit rubbish. Nevertheless, I’m prepared to give the sequel a chance, since I’m always looking for some real competition in the army-based-hack-n-slash genre, since Koei really needs the motivation.

As expected, the game looks pretty effing gorgeous so far, but we’ll see how it goes. The original game was promising and tried to do a few things to shake up the DW formula, but it was unbalanced and the “boss” fights, such as they were, managed to be pretty awful. Hopefully we see much improvement this time around.