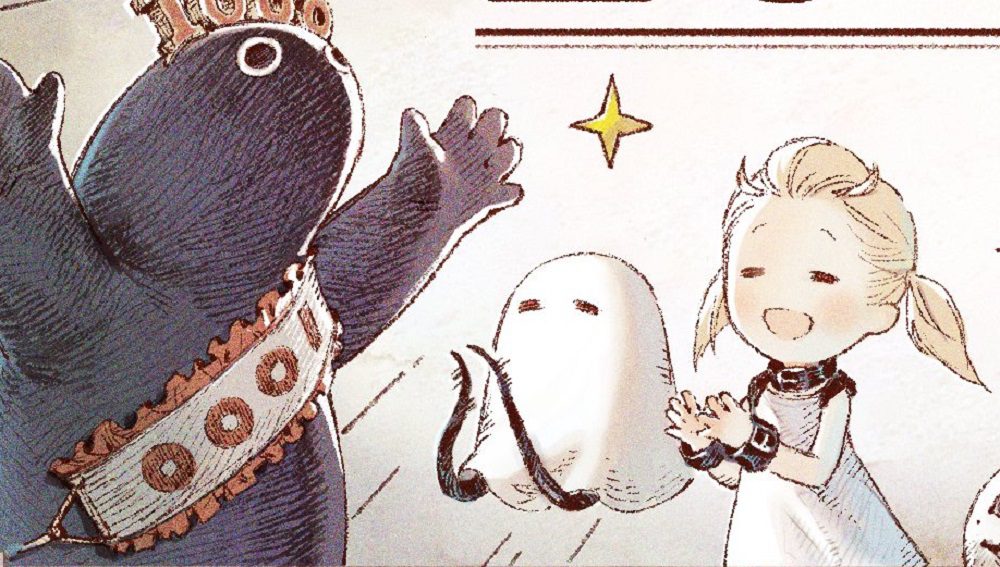 Square Enix has announced that its recently released NieR Re[in]carnation has already been downloaded 10 million times. This already extraordinary figure made all the more incredible by the fact the mobile spin-off has been on the market for just two weeks.

Launching in Japan on iOS and Android February 18, NieR Re[in]carnation is a standalone tale of an amnesiac child, “White Girl,” who must pick her way through a serene-but-stark environment known as “The Cage.” Guided by the adorable ghostly presence “Mama,” White Girl must explore the lonely environment to seek the truth of her existence, her steps dogged by a sinister and shadowy being.

Much like when the new adventure hit its five million download milestone, Square Enix has released an adorable piece of new artwork to celebrate the game’s success, which also comes in alignment with the recent news that 2017’s NieR Automata recently surpassed 5.5 million sales and global shipments. As previously noted, all of this bodes extremely well for new release NieR Replicant, which will launch on PS4, PC, and Xbox One on April 23.

For western fans wishing to take their own strange journey through The Cage, NieR Re[in]carnation will be localized in the west at some point later in 2021.