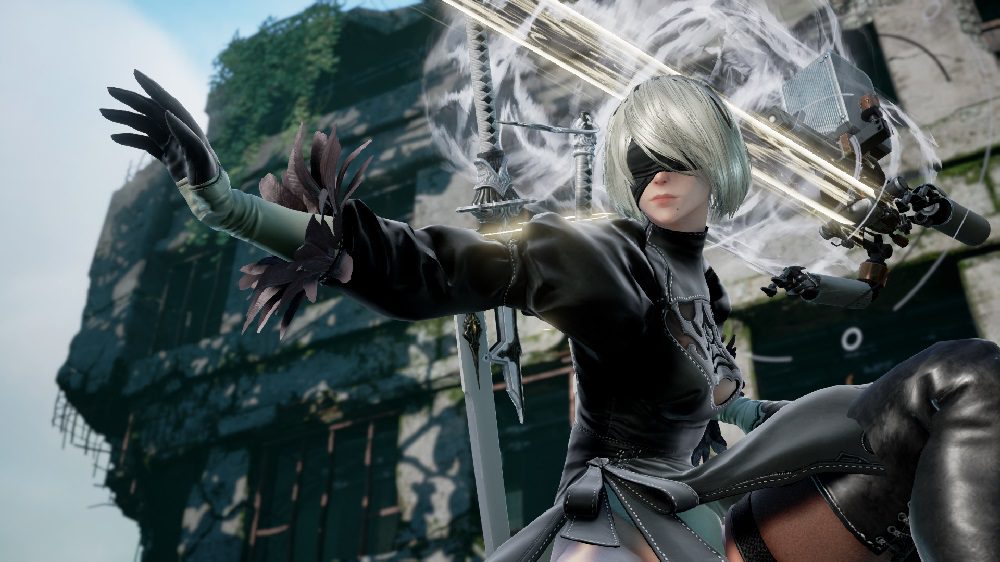 No-one can deny that NieR Automata‘s exquisite but highly hazardous android 2B is a perfect fit for Bandai Namco’s fantasy fighter Soulcalibur, and as such nobody really batted an eyelid when the hack ‘n’ slash hero was announced for Soulcalibur VI back in 2018. But according to producer Katsuhiro Harada, things could have been different.

Speaking on Twitter, Harada noted that both his own fantastic fighter Tekken 7 and NieR: Automata are both approaching the seven million sales milestone. This led the charismatic producer to recall how, initially, 2B was slated to make her fighting game debut in Tekken, not Soulcalibur, a move that would have seen the YoRHa android square off against the likes of King, Asuka Kazama, and Ling Xiayou.

“Originally, there was a time when 2B was planned to become a guest character for Tekken, and we were moving forward with it behind the scenes,” remembers Harada, in a series of tweets translated by Eventhubs’ Nicholas Taylor. “However, the discussion changed to ‘Isn’t she actually a better fit for Soulcalibur?’ and that’s what happened.”

Ultimately, I think we’d all agree that Soulcalibur was a more snug fit for 2B, given her haute couture battle fashions and penchant for bladed weaponry. That said, it would’ve been great to see her throw down with Tekken‘s Alisa Bosconovitch – all-out cyborg warfare that would probably shift the entire planet off its axis. Tekken would go on to receive its own cast of guest stars, including Street Fighter‘s Akuma, Final Fantasy XV‘s Noctis, Fatal Fury‘s Geese Howard and… erm… The Walking Dead‘s Negan.

NieR: Automata’s 2B was initially planned as a guest for Tekken [Eventhubs / Harada]