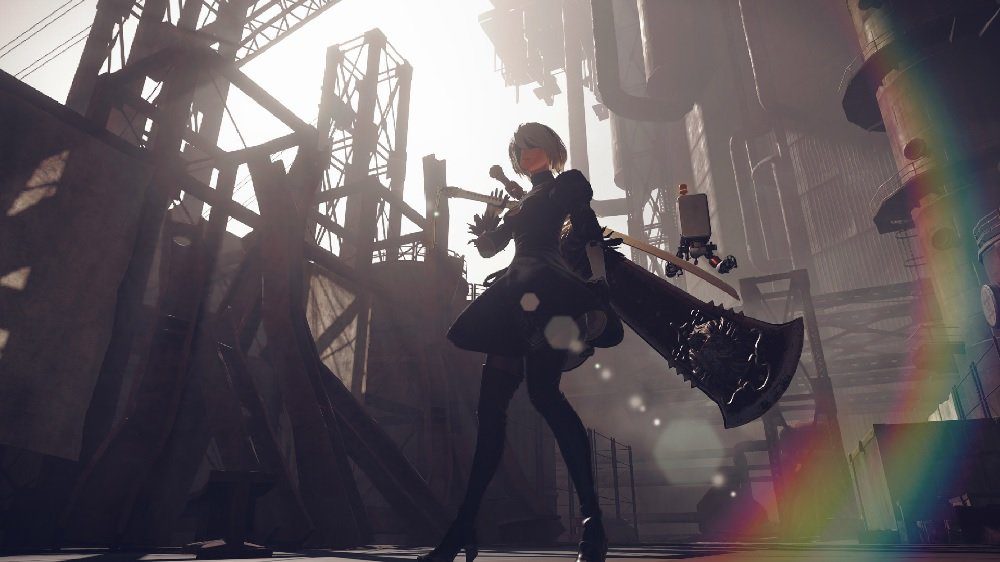 The mystery is complete

One final secret has been uncovered in NieR: Automata, right on the eve of the title’s fourth anniversary. This past weekend, a player uncovered a secret code activated right towards the start of the cybernetic adventure, that allows 2B and friends to skip to the game’s conclusion, whilst also unlocking all of NieR: Automata‘s bonus modes.

The final secret – previously teased by director Yoko Taro in an issue of Famitsu – was discovered by mod-fan Lance McDonald, who shared the discovery via Twitter. The video sees 2B dicking about in between some oil drums, before the screen fades to black and gives players the option to skip directly to the last of NieR: Automata‘s multiple endings, removing the need for all that joy and effort.

McDonald states that they found the code via “hundreds of hours of reverse engineering,” noting that they are currently in the process of making a video explaining how the cheat is activated. Yoko Taro himself has also confirmed that this cheat is indeed the fabled “final secret,” bringing to a close the Pandora’s Box of mysterious quirks that makes NieR: Automata so enduring.

I found a cheat code in NieR Automata that allows you to skip to the last ending immediately after killing the first boss and unlock the bonus modes. I’ll do a full video soon. It’s not a glitch, it’s an actual cheat code hard-coded into the engine. @yokotaro pic.twitter.com/FtuNPovq6F