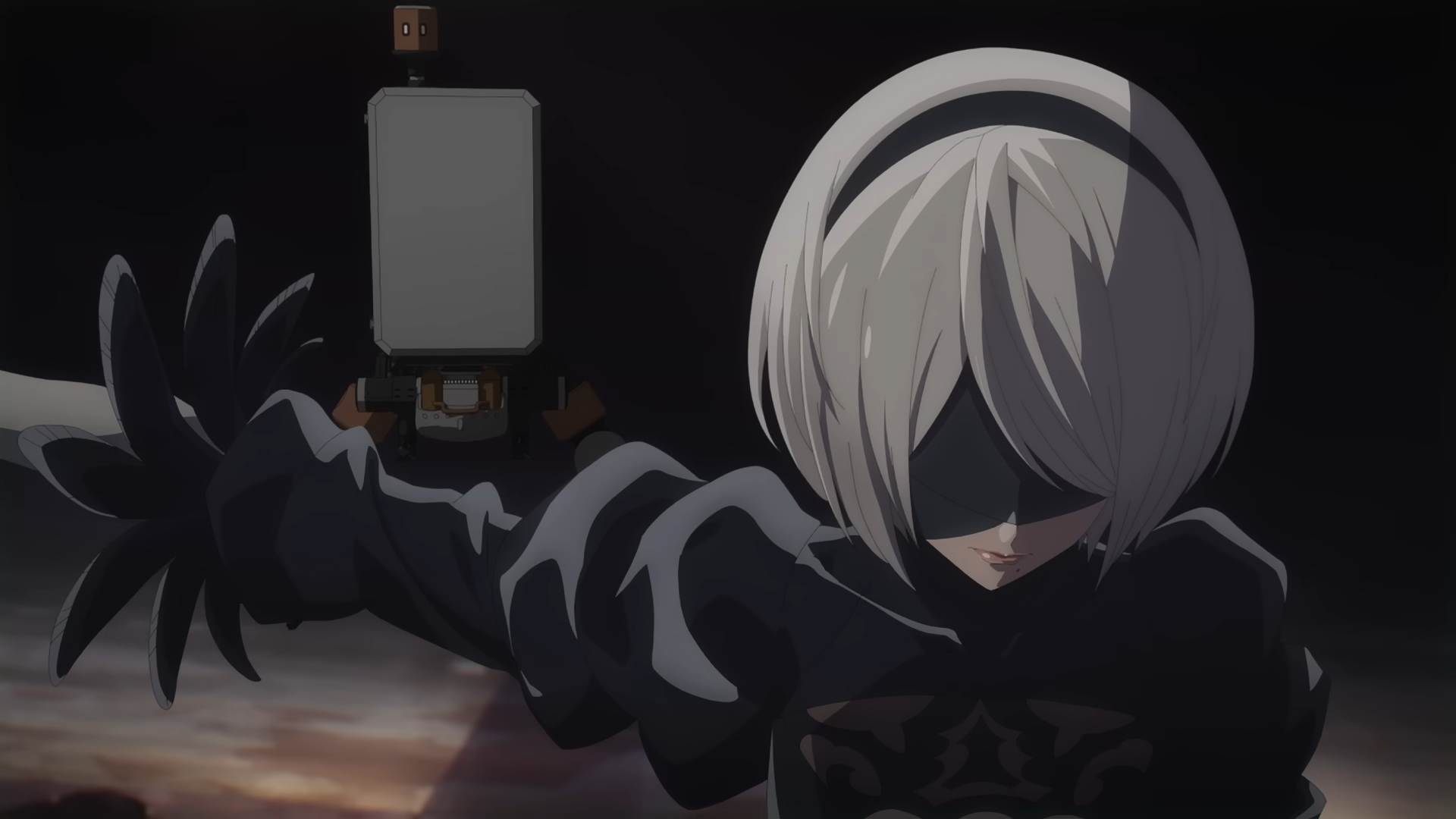 Aniplex debuted new footage of the NieR: Automata anime adaptation over the weekend, along with a date and subtitle. NieR: Automata Ver1.1a will arrive in January 2023.

The two short teasers feature two of the main characters, androids 2B and 9S. Both showcase some memorable parts of their respective introductions. In the 2B trailer, you can see her dropping into the industrial area and wielding her blade.

And on the 9S side, it shows him in a flight suit, as well as potentially doing some hacking. I’m curious to see how that aspect, specifically, translates over to animation.

During the Aniplex Online Fest held over the weekend, the company confirmed the anime will start airing in January 2023.

During the showcase, NieR: Automata director Yoko Taro appeared as a disembodied Emil head to talk about the production with anime director Ryoji Masuyama. While the team has a great respect for the series, according to both directors, there will be some changes.

“The anime title has the affix ‘Ver 1.1a’ because the title NieR: Automata was a story we created to be a game, so copying it as is wouldn’t make an interesting story for an anime,” said Taro. “So I brought up the idea of changing things around.”

What exactly will change is probably part of the appeal for NieR fans. myself included. It’s hard to argue against how much being an interactive story was part of the original game’s appeal. But seeing some of the big scenes animated, and how the team grapples with the more elaborate parts of the story that would have involved gameplay, should be fun to see.

We’ll find out in January 2023. Though if that’s too far off, the NieR: Automata Switch port is set to release much sooner on October 6.