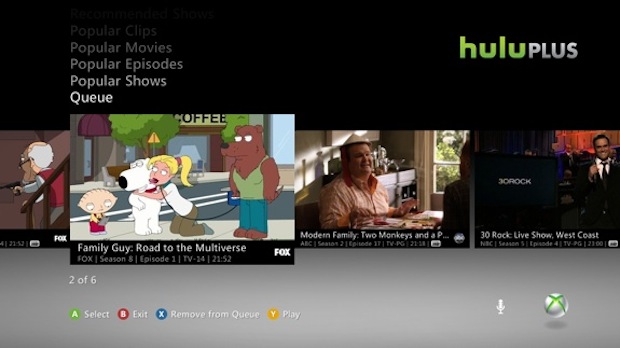 Get this: 14 percent or more of game console usage is video streaming. Not gaming. Nielsen says that video content streaming now represents a reported 14 percent of Xbox 360 time, 15 percent of PS3 time and 33 percent of Wii time. We’re enjoying Hulu, Netflix and the like on our game systems even more now, as usage is up 7 percent over last year.

Nielsen’s infographic also shows some other interesting usage stats. For example, the Xbox 360 is at the top for online gaming with 34 percent of usage. Of course, the PlayStation 3 is most notable for Blu-Ray and DVD viewing (22 percent of usage). Nintendo’s Wii wins for offline gaming, with 55 percent.

I’m one of those weird dudes that uses his dedicated video devices for consuming video content, so I can’t relate. Still, I think it’s great that we’re getting so much more out of our consoles than we used to. More for our money, right? 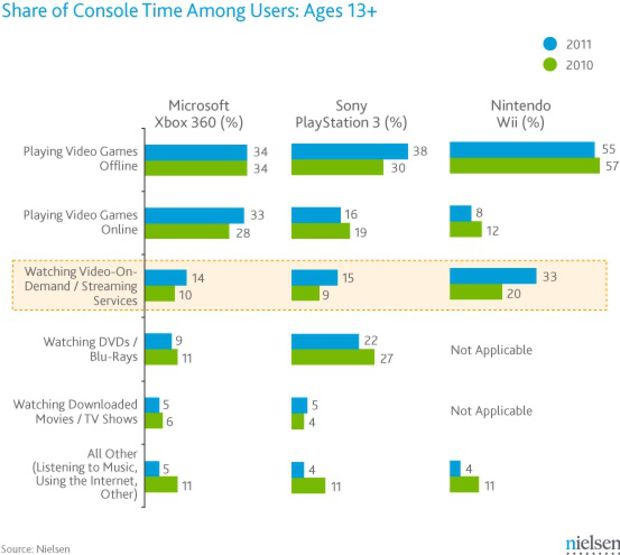