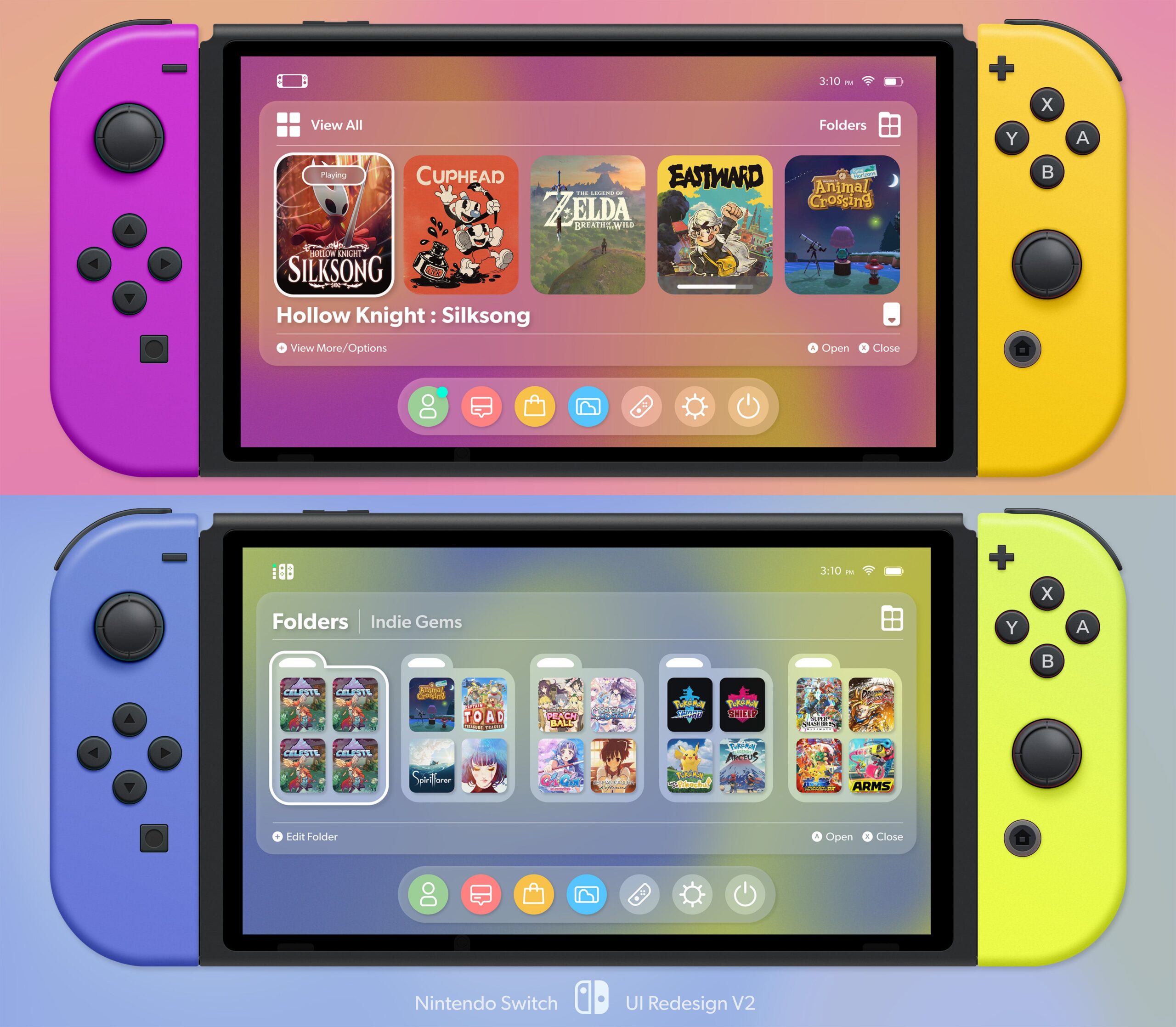 So the Switch has been out for four years now. Four years! And in that time we’ve gotten myriad “stability” updates that do nothing for us. But recently, there was a glimmer of promise. Bluetooth audio device firmware! It was a ray of hope that some day, we might get some of our most wanted Switch requests. So what’s the next big Switch improvement you’d like to see?

For me the answer is obvious: folders. I think if I could choose a single thing to wave my magic wand and grant, it would be folders. Just about every single gaming UI has them now, and given that they were big last generation, it’s about time for Nintendo to get with the program. In fact I’d stretch this “one big Switch improvement” concept further and extend that wish to the entire UI.

Look, I dig that the Switch UI is simple. I wouldn’t actually change that for the most part, as I know that people like it compared to the PC OS-like presentation of its competitors. It’s especially useful, when in portable mode, to get to stuff at a glance. But it would be nice to get more actual features with that UI.

What about expanded social features? We all miss the Miiverse and it’s not coming back, but something even remotely similar would be fantastic. Now that they finally have a smartphone app, there’s so much potential there to add more social aspects to it, albeit in a safe manner befitting of Nintendo. I can go on and on. So I will.

How about actual optional themes? Nintendo kind of abandoned even the concept of color-changing. Or custom UI icon manipulation? No, I don’t think I really need that Switch Online button that you introduced, thank you. Or what about better search options for the eShop menu? Or a better game-time tracker (remember the ones on prior systems)?

All of this is optional content that will enhance a lot of user experiences, without interfering with people who like things the way they are. I don’t think we’re going to get all of them by the time the Switch is put out to pasture by whatever’s next. But we could get a few! How about you sound off and give Nintendo some ideas.