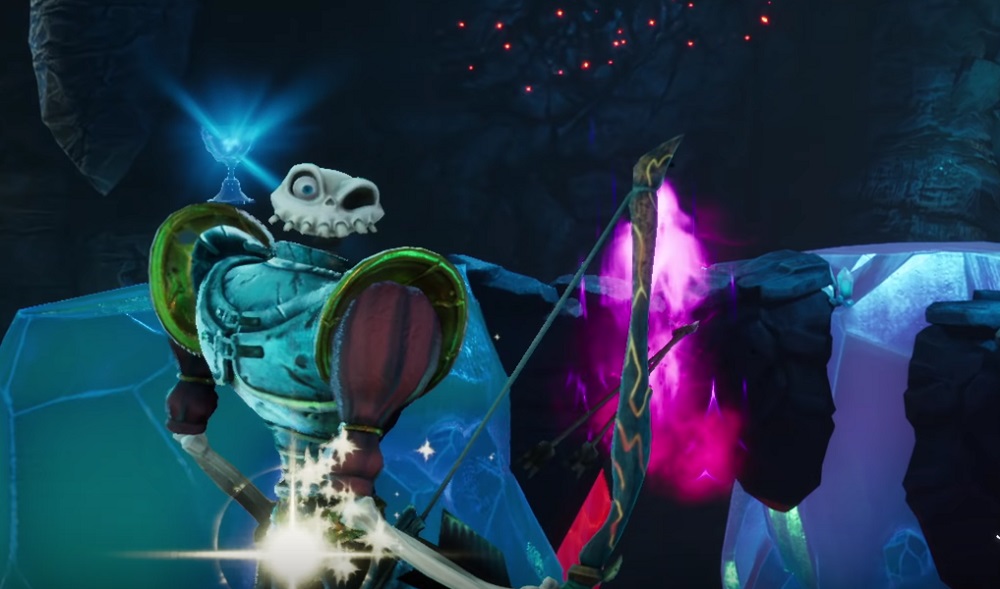 Sony has released the third entry in “A Bonehead’s Guide to Gallowmere”, a short video series designed to explain the mechanics of upcoming PS4 remake MediEvil. Following on from previous chapters on shield and camera control, this latest video looks at battling ghouls ‘n’ ghosts in the MediEvil universe.

“Volume 3: Maximizing One’s Offense” is not a guide to baiting people on the internet but is, in fact, a look at some of the weaponry made available to our skeletal hero, Sir Daniel Fortesque. These include crowd-clearing swords, bone-crunching clubs and, for those long-distance encounters, a range of bows and crossbows.

Of course, if you really find yourself in a pinch, you could always pull off one of your own appendages and use it as a baton. After all, what ‘arm could it do? WHAT “‘ARM”, BECAUSE IT’S HIS ARM HE’S USING AS A WEAPON. That’s the play on words y’see?