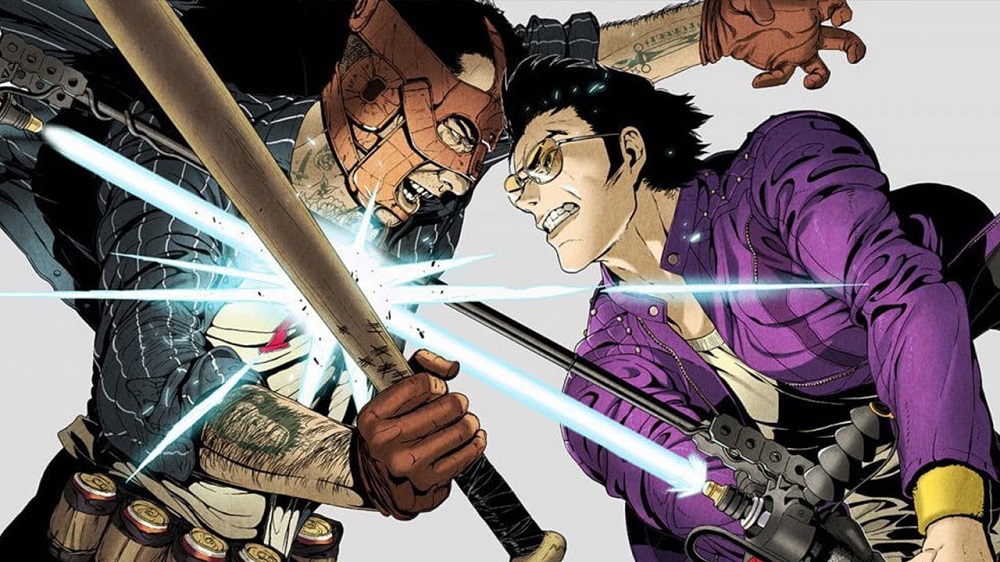 Beat ‘Em Up action in the game-within-a-game

We are less than a month away from the release of the super-quirky looking action title Travis Strikes Again: No More Heroes on Nintendo Switch. Grasshopper Manufacturer has released another trailer showcasing on the new title’s genre-hopping stages “Coffee and Doughnuts”.

After a delightfully old-school loading sequence, we see our boy Travis and his frenemy Badman making their way through a side-scrolling action platformer, negotiating tricky jumps and cutting down swathes of enemies. For those who haven’t heard, Travis Strikes Again is essentially built up of all sorts of different gaming styles, after its protagonists get being sucked into a possessed console. Thanks, Suda.

You can catch a glimpse of Coffee and Doughnuts below. Travis Strikes Again: No More Heroes launches on Nintendo Switch January 18, 2019. Better charge up that Beam Katana.