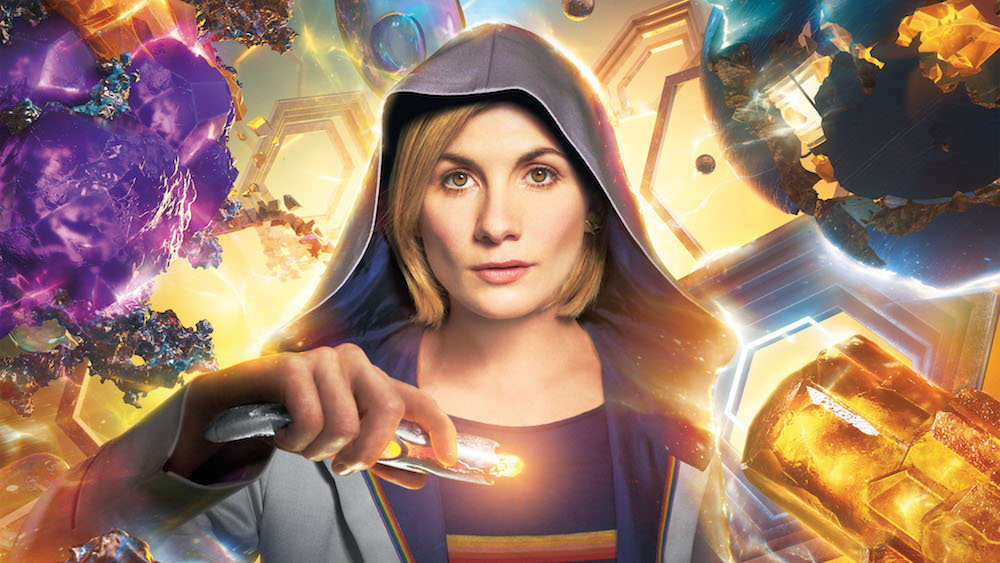 ‘Would you be my new best friends?’

Whovians can now get a first real look at Jodie Whittaker’s new Doctor and her companions, through this San Diego Comic-Con trailer for the new series of Doctor Who. Earlier this week we saw a teaser, which showed a whole lot of nothingness, and the Doctor being a ghost pizza delivery person, I guess? Now there’s more, but no pizza.

The new Doctor points out how everything is new to her: new faces (including her own), new places, new times to travel through. She then asks (presumably) her three new companions, named Graham, Yasmin and Ryan, “would you be my new best friends?” It comes across as a polite request to long-time viewers of the show, who may fear the new changes ahead.

But one new thing I definitely like is that new sonic screwdriver. While I’ve gotten used to Peter Capaldi’s most recent iteration of the tool, I appreciate that Whittaker’s looks a lot more alien-like. Probably all there’s left to see for us is the new TARDIS interior. I’m hoping to see this new Doctor’s personality pop out in future looks at the show—I enjoy these brief shots of Whittaker with her sleeves rolled up holding a blowtorch, which is giving off a sort of “mad scientist” vibe to it.

The ten-episode series will air in fall of 2018, and we’re totally sure that no one will have any complaints about a woman Doctor by then. Right?