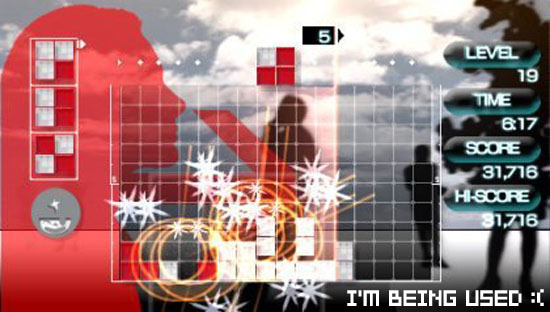 In an attempt to foil hackers and unsavory pirates, Sony has released a new PSP firmware update (3.51). The firmware updates security (Sony’s, not yours) by overwriting the exploit which resulted in a massive surge of Lumines sales on Amazon.com.

The good news for PSP owners is that (at the time), this update is not mandatory, as it adds no new functionality. It can safely be assumed that Sony will likely follow this firmware with a “mandatory” update that will add some small, slick feature so that even the most callous of pirates (and upstanding homebrew programmers, of course) will be inclined to participate.

The other good news is that Lumines is still one of the best games on the PSP, and it’s about damned time people bought it … even if there were ulterior motives involved.