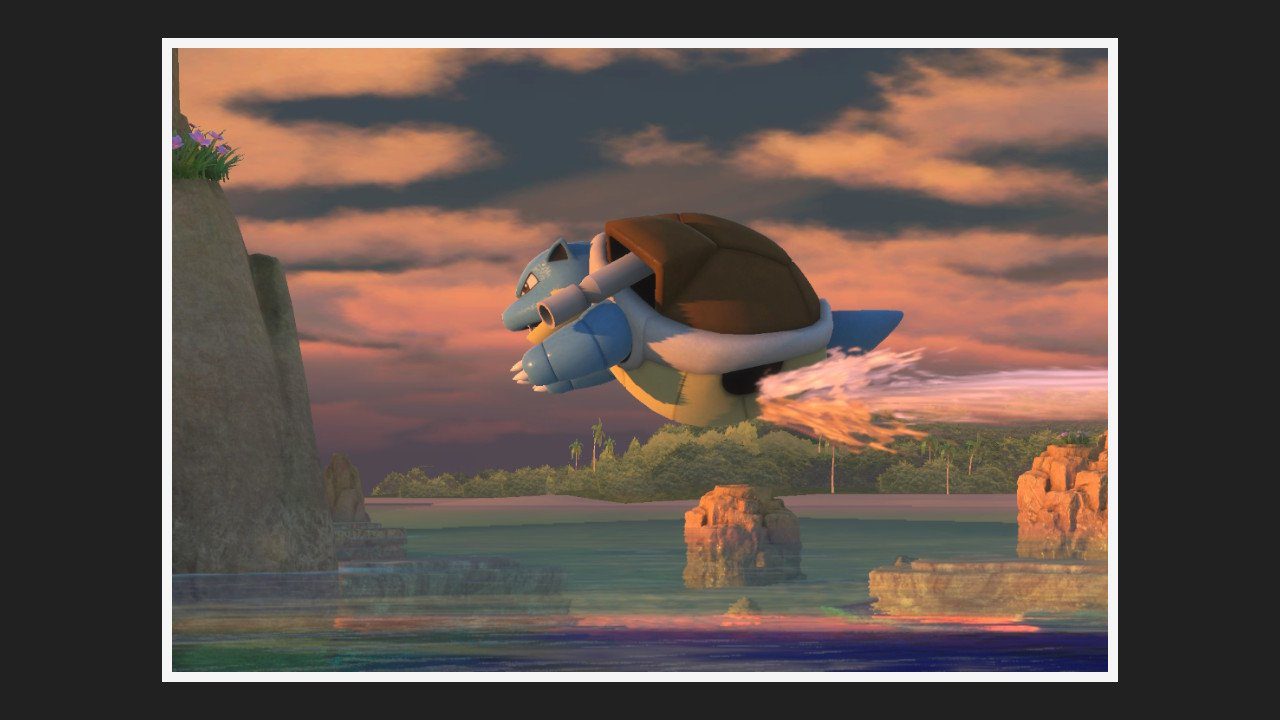 He has to go, his people need him

There are plenty of hidden events in New Pokemon Snap. Some of them are pretty intricate, requiring the same sort of timing and positioning that the original Nintendo 64 game did.

Blastoise, by contrast, is not so secretive. The game essentially points you to it. But it is absolutely one of the best moments I’ve seen in this new Snap. (Just a heads up, there will be mild spoilers to follow—I’ll try to keep it to a minimum, but if you don’t want to know, best to bounce out here.)

After completing the story of New Pokemon Snap, you unlock a number of new features and post-game goals to chase. You also get permission from Professor Mirror to visit the Reef area during the evening, which is a pretty unique opportunity. While other biomes have Day and Night variations, Evening is a really interesting time to visit the reef—it’s a “golden hour” chance for Pokemon photography.

While rolling through this new area, the game will draw your attention back towards the whirlpool. This was there during the day, but a scan hints that it seems like something large is at the center of the whirlpool. After chucking a bevy of Fluffruit and Illumina orbs into the center, I saw a shape emerge: a spinning Blastoise shell, which soon after assumed the Superman stance and blasted off at the speed of light.

It’s not as secret as some of the legendary Pokemon in the game, or even some of the more obscure interactions. But the Blastoise, combined with the golden hour Evening route, feels like a nice little note to cap off a long photo-journey. You’ve seen the heights of mountains, the lows of the caves, the heat of the volcano, and the frigid cold of the snowy north; now, watch this Blastoise fly.

Fans have also noted that this magical Blastoise jet-away was in the Pokemon manga. An homage or just multiple people recognizing the majestic grace of a flying water-cannon turtle? You can be the judge. I’m just happy that, even in spite of there being seemingly no evolution puzzles in sight, New Pokemon Snap can still surprise me. You can find more of my thoughts over in our review of the new game here.