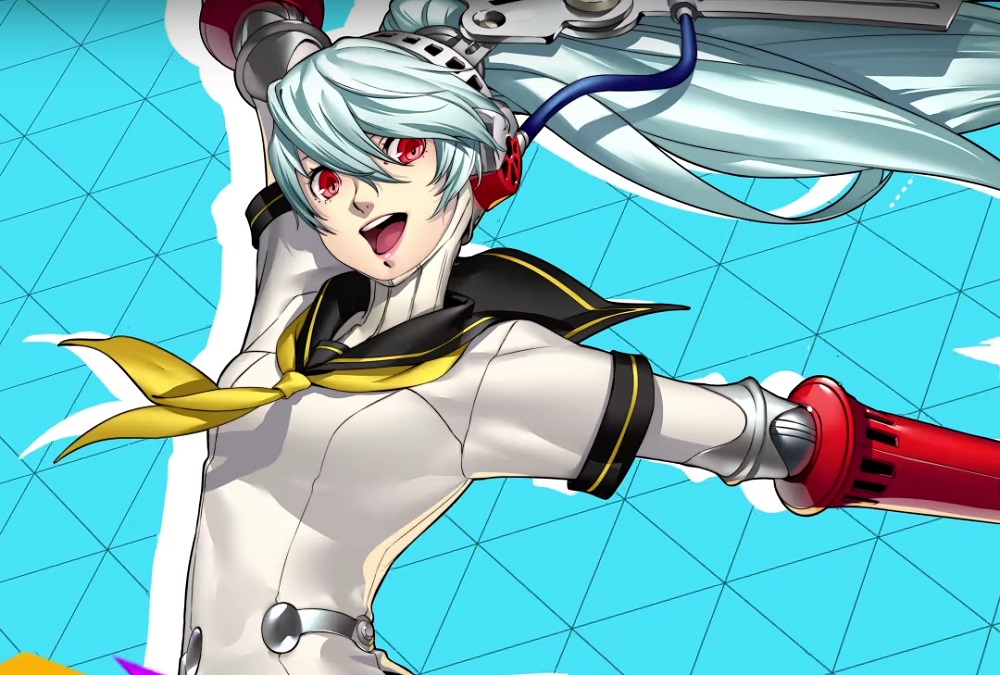 Another week, another round of trailer for Atlus’ upcoming rhythm-action games Persona 3: Dancing Moon Night and Persona 5: Dancing Star Night. This time we get more DLC characters, taken from a slightly different source, as Labrys and Sho Minazuki get in the pit.

Anti-shadow unit Labrys is a player character, confidant and boss fight in 2012’s excellent Persona 4 Arena. When not head-slicing with her almighty thrust-powered battle axe, she apparently likes to cut a rug on her adorable pin-feet. Labrys is joined in her video by her loving sister Aigis, although sadly neither of them do “The Robot.”

Sho Minazuki is that “sexy badass loner” anime trope that we’ve all seen 1000 times. Making his debut in Persona 4 Arena Ultimax, Minazuki appears in the game as one of the catalysts for the story’s events. On the dance floor, he uses his twin-swords in his routine, before engaging in a dance/duel with Labrys.

Both Labrys and Sho Minazuki are post-release DLC characters, and as such will be made available for both Dancing Moon Night and Dancing Star Night.

Persona 3: Dancing Moon Night and Persona 5: Dancing Star Night are set for release in Japan May 24 on PS4 and PS Vita. There is still no word yet of a Western release date.