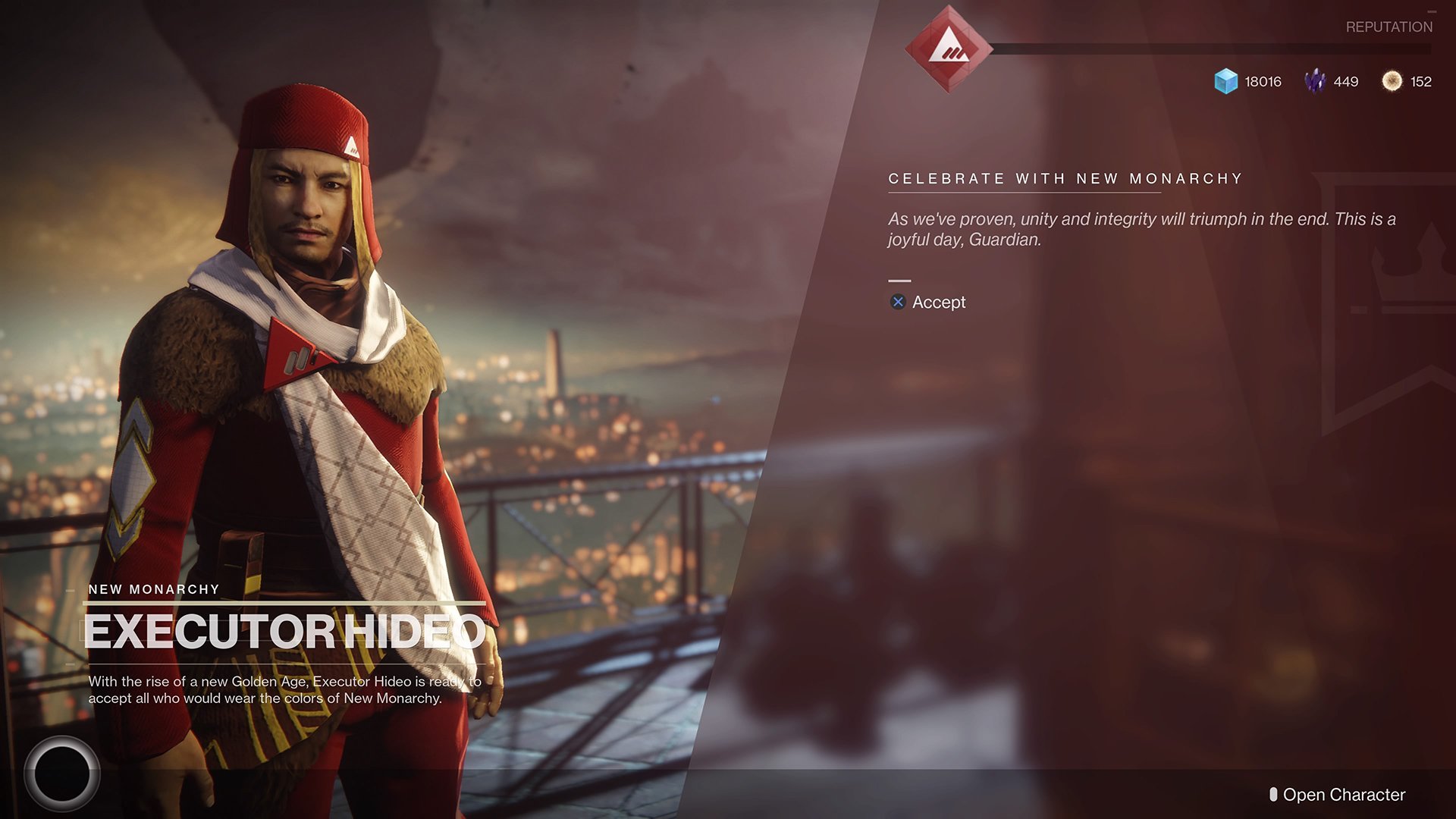 I mean, Dead Orbit *was* offering a grenade launcher…

The second faction rally (and first for PC players) has come to a close in Destiny 2, and thankfully, it wasn’t another Dead Orbit victory. If you pledged to New Monarchy, you’ll be able to pick up a sword, Honor’s Edge, for 1,000 glimmer. Otherwise it’s going to cost 50,000 for the privilege.

While last time I sided with Dead Orbit because I found them too goofy to turn down, I actually switched to New Monarchy, luckily enough. Sometimes you just have to go where the shaders are, y’know?

In other Destiny 2 news, Bungie is prepping a live stream to cover the game’s first DLC, Curse of Osiris. That’ll go down tomorrow, November 15 at 11:00am Pacific on the studio’s Twitch channel. I don’t know about the rest of you, but I’m ready for new content. I’ve gone from hopping on a few times a week for milestones to now just fitting in a couple hours of Crucible or Trials each week, if that.

Curse of Osiris is set for a December 5 release. Make sure to bring your Vex-killing gun.