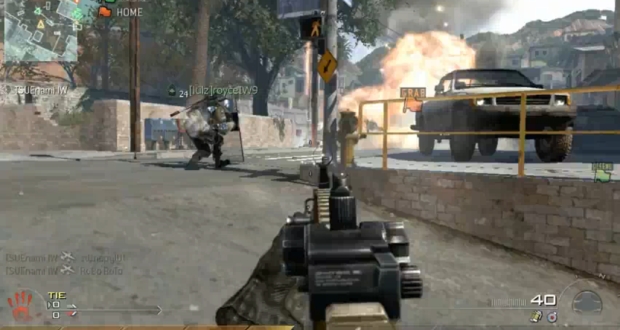 FourZeroTwo has posted some direct-feed multiplayer footage from Modern Warfare 2. The match is a Capture the Flag gametype and holy good God does Modern Warfare 2 look epic. There’s so much action going on, the new weapons sound fantastic and it all just looks great. I’m digging the Riot Shield and that Sniper rifle at the end sounds beautiful. Also, throwing knives!

Check out the new video by either hitting the image above or going past the jump. So many options to watch a video! Modern Warfare 2 will be out on November 10, 2009.