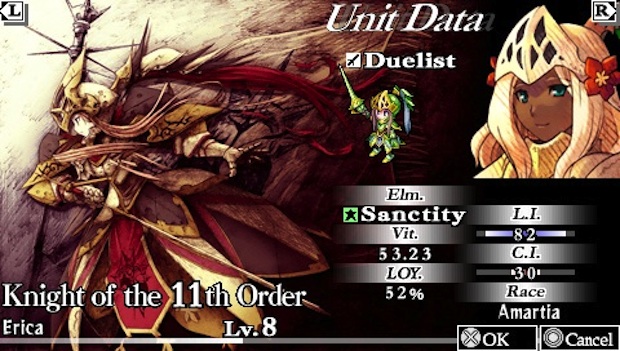 Knights in the Nightmare was cool on the DS, but I think it’s even cooler on the PSP. Or prettier, at least. Either way, it’s awesome because Sting made it, and because I said so.

We’ve got new screenshots, fresh from our friends at Atlus. You’ll get a new taste of some of the battle and story screens to look over. Look at how low light and lovely they are.

Speaking of Sting and lovely, remember Yggdra Union? This was a GameBoy Advance game that later became a sexier PSP release. Now it has become a bonus for those that buy Knights in the Nightmare on the PSP. We reviewed that very game last year and loved it, and now it’s free in the deal with another awesome game? Nice.

Every launch copy of KitN will come with a free digital copy of Yggdra Union, and this deal is also good for the PSN purchases…for now. Atlus says “while supplies last,” but how do you run out of digital copies? Who cares. Don’t wait. If you’ve missed either or both titles, this is like a grand invitation.