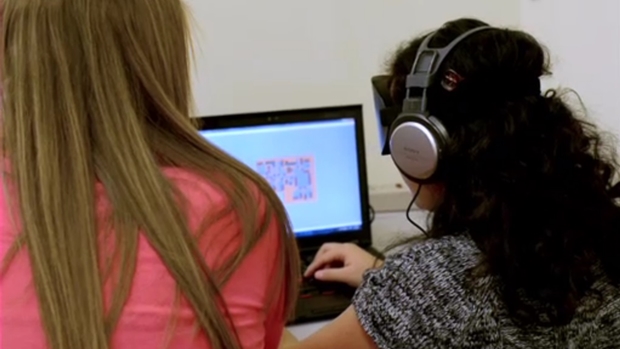 And you thought eyesight was a requirement

In a cooperative effort between Harvard Medical School and the Massachusetts Eye and Ear Infirmary, researchers have produced a new way to help the blind get around better: videogames. You may be scratching your head, as the two main components of playing most games requires the use of the hands and eyes, but head scientist Dr. Lotfi Merabet found a way.

Forced to rely on tactile and auditory cues, individuals without eyesight face more difficulty traversing unfamiliar environments. The Audio-Based Environment Simulator or AbES mimics real-world navigation by creating a virtual setting based off of computer-generated layouts of public buildings. Armed with headphones and a keyboard, participants were charged with finding specific items, namely jewels, and successfully exiting the building without getting caught by roaming guards.

While the scenario sounds like any mainstream videogame, rather than relying on sight to find a way through the environment, the user is able to utilize auditory cues to help spatially orient them to the world around them or paint a mental picture of their surroundings. Participants in the virtual test showed marked improvements in real-world navigation and were able to decrease the amount of time it took to traverse unfamiliar buildings. 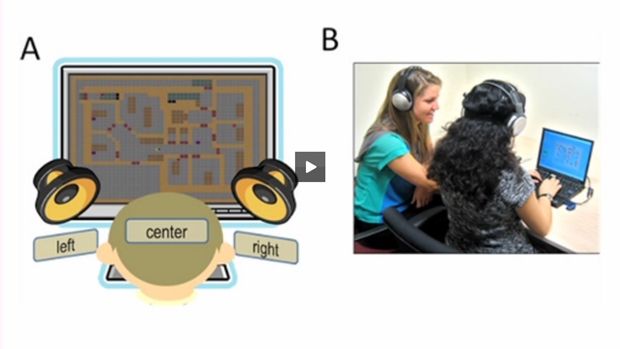 Although this system sounds promising for the blind and visually impaired, it’s hard to imagine what the process entails and how it actually works. In an effort to showcase the project in action, the Journal of Visualized Experiments or JoVE have produced a video that you can take a look at here. As a warning, the video is a tad dry and educational.

Dr. Merabet explains: “It is conceptually difficult for a sighted person to understand ‘a video game for blind people.’ What JoVE allows us to do is break down layouts of the game and strategy, show how the auditory cues can be used and how we quantify performance going from the virtual game to the physical world.”

Beyond training with a keyboard, the head researchers are looking into applications for a Wii Remote and joystick as well. As it stands now, virtual navigation training is useful to over six million people in the U.S. and 285 million worldwide. The technology will have applications for not only the blind, but also those with cognitive deficits, people recovering from brain injuries, and visual impairments.

The next step after navigation, in my mind, is training the blind in the art of stealth. As the legend goes, missing one sensory outlet heightens the others to superhuman levels. Talk about an army of ninjas. All joking aside, it’s great to see practical, real-world applications for gaming and it’ll be interesting to see how other peripheral tools are incorporated in the future.