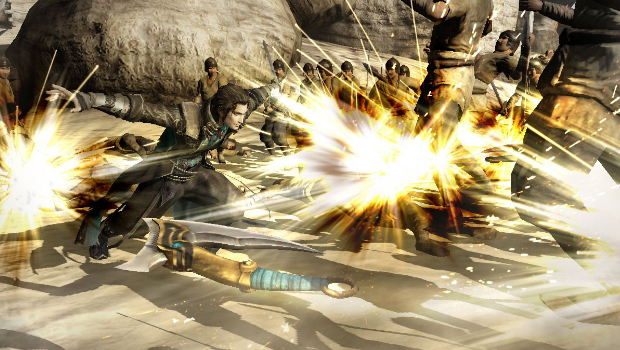 Here’s a new Dynasty Warriors 8 trailer, featuring our usual excited announcer and a pair of new characters for the Jin faction — Zhang Chunhua and Jia Chong.

As well as the video, a bunch of Jin screens show off the new characters alongside other Jin characters including Sima Yi, Sima Zhao, Sima Shi, and Wang Yuanji. Fans will notice that Sima Yi’s sporting an all-new weapon, officially known as a Big Tassle Thing. I’d still rather he get his DW6 finger-whips back, but at least he’ll stop being a Zhuge Liang clone with the new thing.

Check out all the assets. At least those of you who read the above paragraph and understood it.