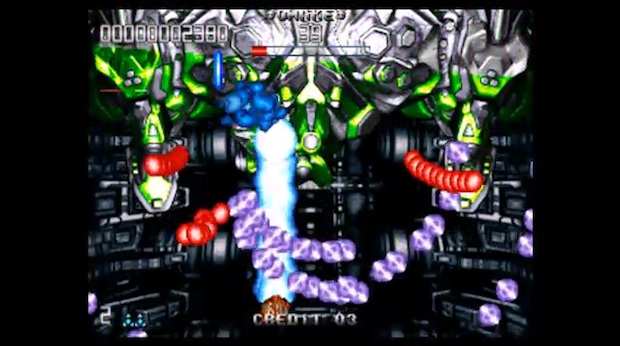 NG:DEV.TEAM is a German developer that is just putting the finishing touches on their newest game, a Dreamcast game. Coming out on December 21st is Fast Striker 1.5, which comes in both a regular and limited edition. No, really!

Fast Striker 1.5 is a 2D bullet hell arcade game. It has four game modes: Novice (me!), Original, Maniac, and Omake (for experts). There’s six stages with 3D scrolling backgrounds. with 40 types of enemies.

Fast Striker was considered the most advanced NEOGEO game with its 1,560 megabit count and four times the bullets and enemies on-screen at once than other NEOGEO predecessors.

The limited edition will come with a soundtrack CD that features orignal and arranged tracks. Get Fast Striker 1.5 here.

Check out the above video to see how the insane Omake mode looks. Yikes.