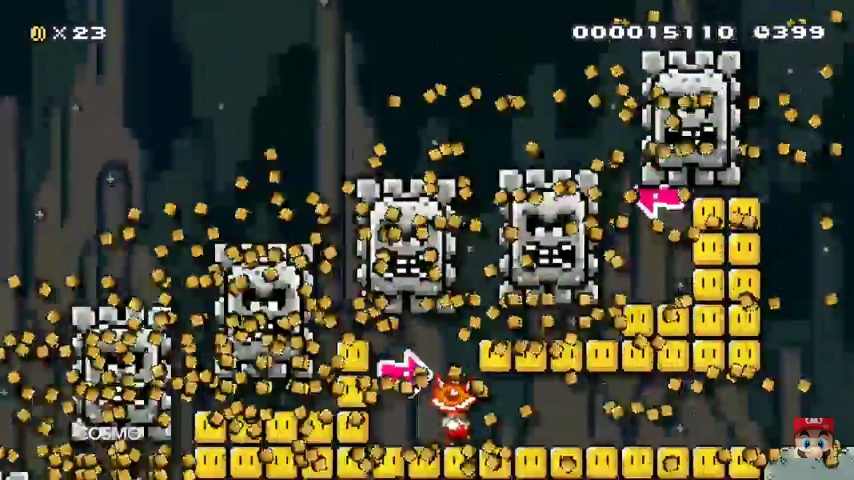 The Super Mario Maker levels shown at the Nintendo World Championships were nuts. Enemies were stacked on top of each other; trampolines were being shot out of cannons; dogs were living with cats; it was mass hysteria. Within the madness, some new details surfaced about the creative take on the classic platformer.

We saw Mario wearing a spiny shell as a hat in those Best Buy buttons, and now we saw it in action. It actually protected Mario from a Thwomp hit from above. According to the stream, Mario can wear a multitude of enemy husks as hats.

Another thing shown was an alternative to Super Mario Bros. 3‘s Kuribo’s Shoe, which acted the same but looked instead like a red stiletto-heeled boot. Mario can also ride in Bowser’s clown craft from the end of Super Mario World, and any enemy can be made into a big enemy by giving it a Super Mushroom.

I can’t wait to see the levels the community cooks up for this.