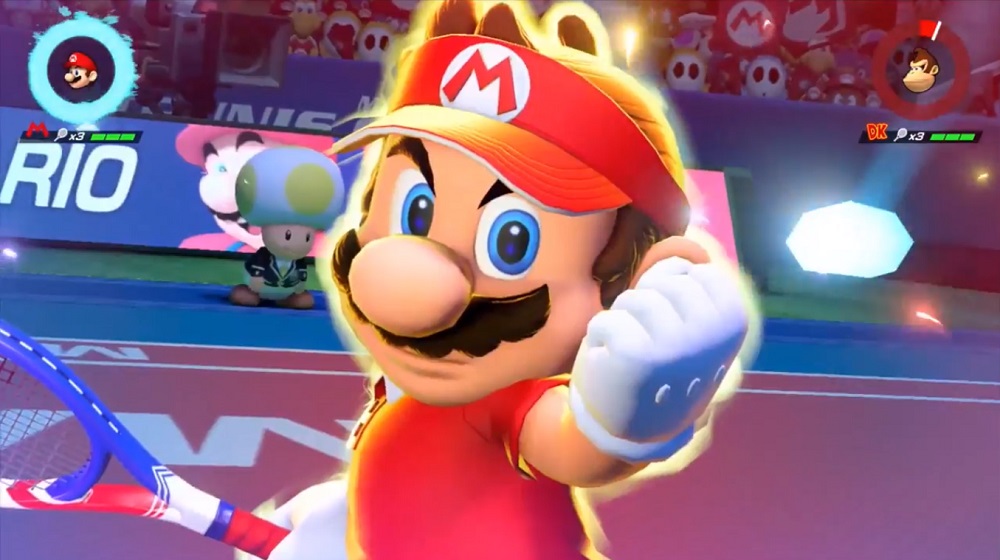 A whole host of new shots are coming to the game, including the new Zone Shot, that can actually destroy your opponent’s racquet! Zone Speed is a new ability that allows you to dart around the court to bag those just outta reach smash hits. The new Trick Shots are over-the-top, balletic returns that require great timing but guarantee a crisp return. Finally Super Shots are ridiculously powerful shots that can blow the opponent right off of the court.

Online, the game will feature tournaments, where players can win exclusive outfits and characters. A new mode will also allow you to use the Joy-Con to swing, motion sensor style. All those years playing Wii Tennis weren’t for nothing!

Mario Tennis Aces launches June 22 on Nintendo Switch. A pre-launch tournament will be announced at a later date.