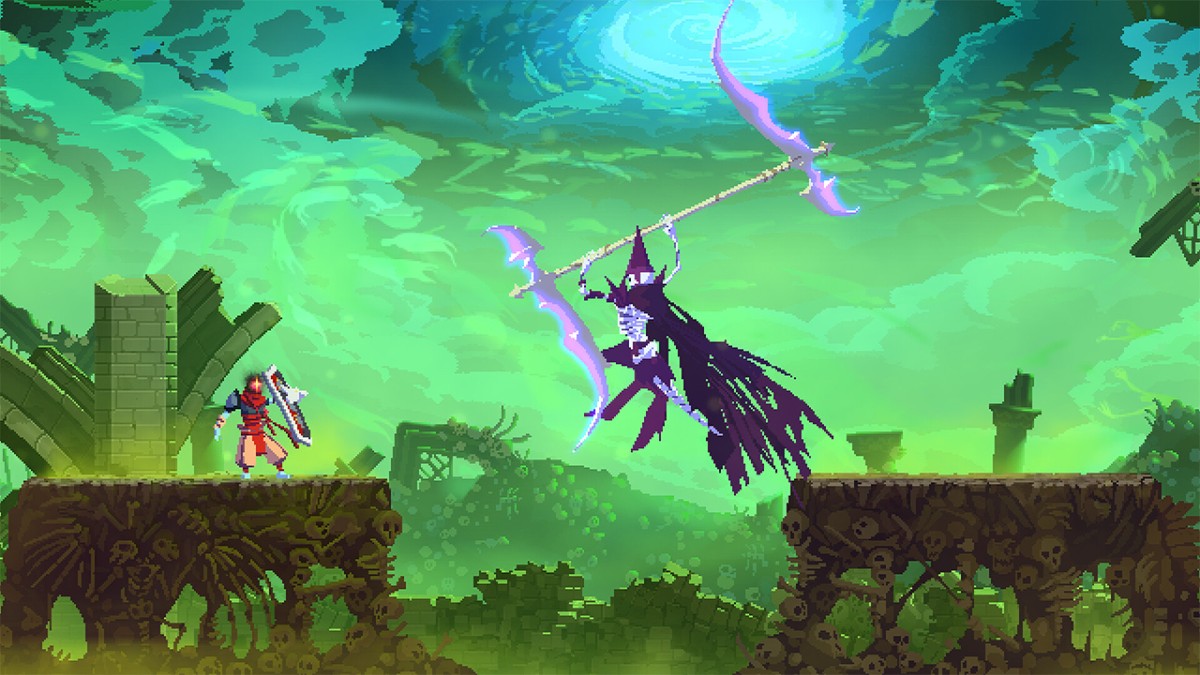 Have fun storming the castle!

Dead Cells never disappoints when it comes to DLC, but there’s probably more hype leading into the game’s crossover with Castlevania than we’ve ever seen before. The collaboration was announced at the 2022 Game Awards, and the reveal alone left us wondering why it took them so long to team up in the first place — and certainly left us wanting more. Motion Twin and Evil Empire have finally dropped a new trailer for the DLC, officially titled Return to Castlevania, and this first look shows off some classic Castlevania weapons and enemies in style.

This update will include all kinds of new Castlevania-themed content, including two new biomes, three bosses, 20 outfits, and 14 weapons, including classics like the Vampire Killer, Throwing Axe, and Holy Water. There will also be a new story to play through as well, with Castlevania protagonist Richard Belmont recruiting Dead Cells protagonist The Beheaded to join forces and take on Dracula himself. Players who like a challenge should also be pleased, because Return to Castlevania is also supposed to be a pretty difficult DLC, especially when it comes to the boss fights (I mean, how much harder can it get than facing off against Death himself?).

As if that wasn’t already cool enough, Motion Twin made sure to include 51 tracks of the musical score from the original Castlevania games, in addition to 12 Dead Cells-style remixes of some of the series’ most beloved tracks. Castlevania is known to have some of the most iconic music in games history, so it’s cool to see this DLC honor it like this.

We don’t know when to expect Dead Cells: Return to Castlevania quite yet other than sometime in 2023, so we’ll be looking forward to its release for PC and consoles in the coming months. The game’s Steam page calls this their “biggest DLC yet,” so I’m sure they’re taking their time to make sure every detail is perfect before it ships.