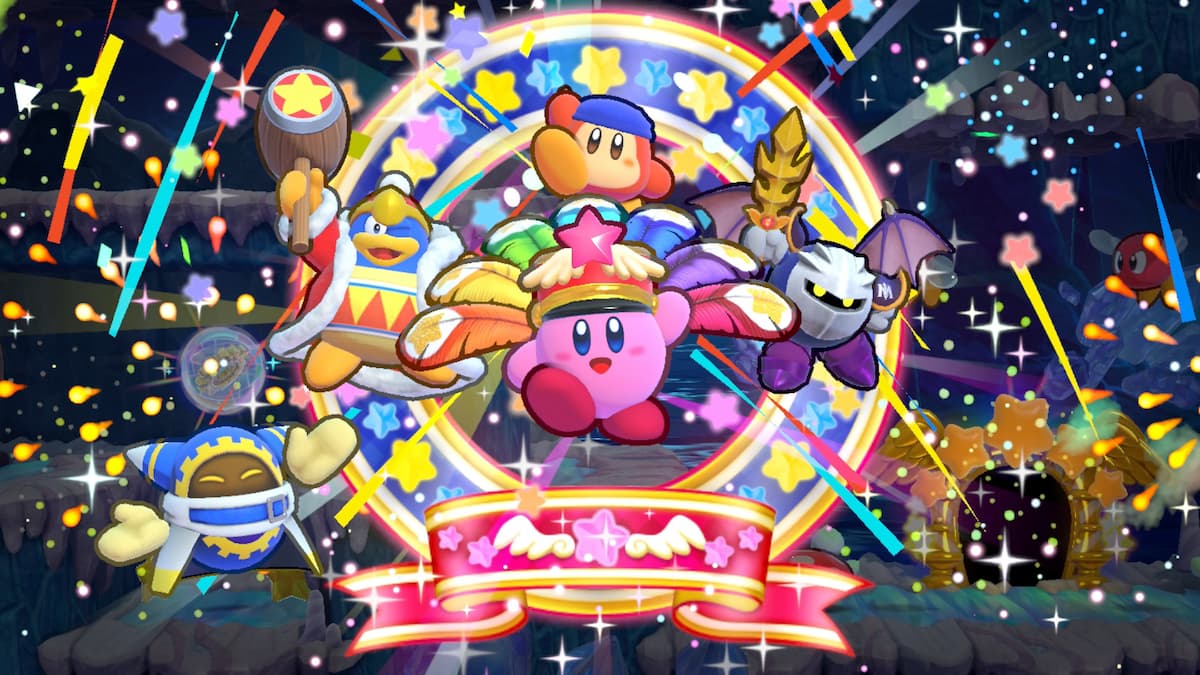 Sand is in the mix, and Festival returns

The announcement come by way of two tweets, both of which are from the Nintendo UK account. The first one confirms “Sand,” a new copy ability coming to Kirby’s Return to Dream Land Deluxe, which allows Kirby to “shift sand into a variety of shapes, from a fist to a castle, and take on even the toughest foes.” So like the Spider-Man villain Sandman? That sounds rad. The other is actually a returning copy ability that hails from Kirby Star Allies. It’s none other than “Festival,” which is a dancing-based ability that’s kind of like an ultimate (think screen-freezing mass damage).

#KirbysReturnToDreamLandDeluxe arrives on 24/02, and with it comes a new Copy Ability – Sand! Use it to shift sand into a variety of shapes, from a fist to a castle, and take on even the toughest foes. pic.twitter.com/ovRKImK4gW

It’s crazy to think that 11 years later this game is making a grand return, but I couldn’t be happier. Return to Dream Land Deluxe deserves a bigger spotlight, and it’ll get it on the Switch: which has its massive (and growing) install base. Also, to be frank, it’ll be easier to replay it on the Switch (though I still have my Wii U [which I use!] hooked up out of respect [and to play old Wii games!]).