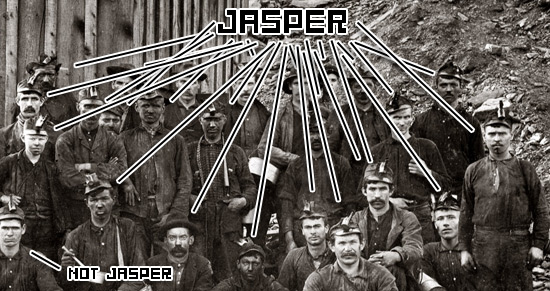 Dean Takahashi of the San Jose Mercury News posted a blurb to the Mercury’s technology blog early this morning and the news, while technical, seems mostly positive for fans of Microsoft’s little white (or black, or Spartan …) console.

According to Mr. Takahashi, the newest iteration of the motherboard powering the 360 is going to be called Jasper — a name once fitting only for coal miners, and the dogs of coal miners — and will begin fabrication in August of 2008. It will boast “a 65-nanometer graphics chip from ATI Technologies, as well as smaller memory chips,” two moves aimed at reducing cost, but which will also help prevent the molten temperatures exhibited by most current 360s. It is assumed that Jasper will also include the 65nm IBM triple-core processor currently shipping in Falcon, the second generation motherboard now being shipped in Microsoft’s consoles.

Obviously this does nothing for those of us with consoles purchased prior to Falcon’s rollout, but at least Microsoft is paving the way to a better world for our children, and our children’s children — assuming we’re all too miserly in our old age to purchase whatever hot new consoles the kids of the future will be shooting (with lasers) and stabbing (with laser knives) each other over.