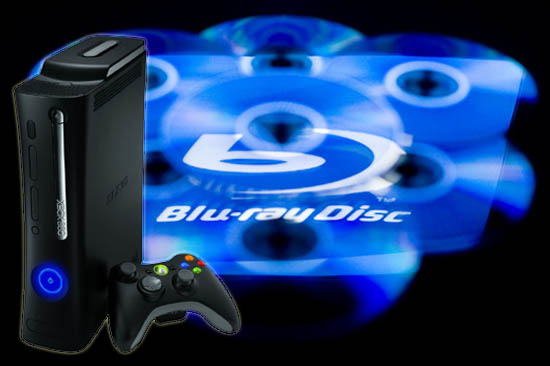 Stan Glasgow, Sony US president, says that they are in talks with Microsoft to add Blu-ray drives to their hardware. And right now, the only hardware Microsoft has is the Xbox 360.

This was announced at a media dinner, where it was also mentioned that similar talks are taking place with Apple. Up until now, both Apple and Microsoft have had some focus on downloadable high-definition content, though Glasgow isn’t worried about this content overtaking Blu-ray.

“Downloading will build over time, but this will be over a period of years,” he said.

The Financial Times points out that a Blu-ray equipped Xbox 360 would make Microsoft more competitive with Sony, but at the same time would have them paying out extra revenues to Sony. It would also probably mean a more expensive Xbox 360.

If talks are going on, Microsoft isn’t fessing up: ”We have made no such announcement. Games are what are driving consumers to purchase game consoles and we remain focused on providing the largest library of blockbuster games available.”

It’s hard for me to imagine this happening, at least right now. We’ve been hearing rumors for some time, but I think Microsoft would lose some face if they included Blu-ray in their console too early.

What do you think? Are we still of the “don’t care about movies in our game consoles” stance?