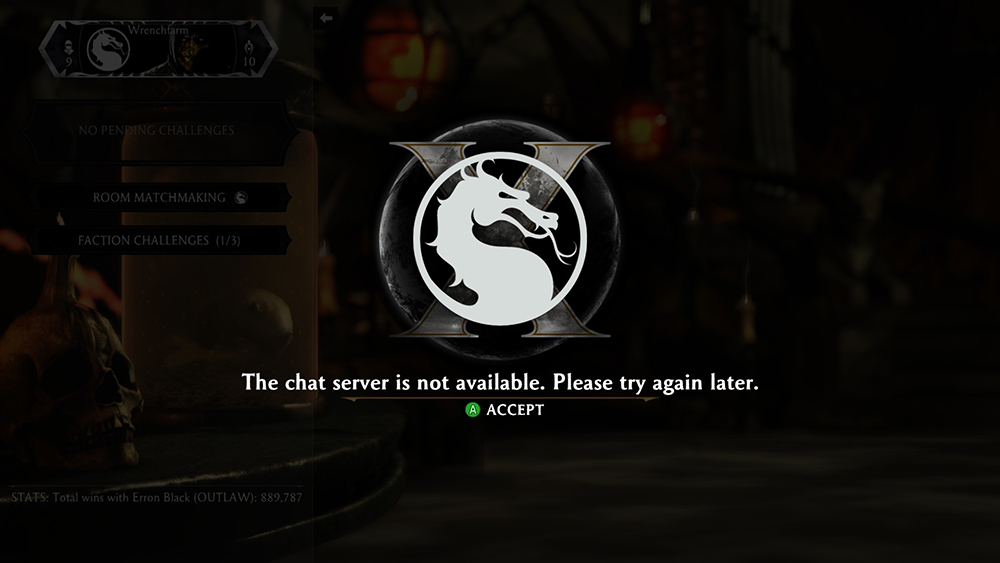 Mortal Kombat X on PC has been like an extremely tasty looking bowl of soup that is way too hot to eat. Every time I try and take a sip, I get a mouthful of scalding molten pain (laggy, unplayable matches being the metaphorical equivalent of having the roof of your mouth burned raw, and I suppose the frustrating menu lock-ups would stand in for that disgusting bit of dangly skin you can’t help but play with). While the PC port of Mortal Kombat X is already performing better than it did during its disastrous launch week, the online experience continues to be a rickety and unreliable mess.

Which is why I’m very happy that Ed Boon himself appeared on livestream yesterday to address those issues head on. Boon states that there is “no way we’d consider ourselves content” about the state of the game’s online features. They blame the old boogeyman of “our game is just way more popular than we expected!” A #humblebrag of the highest order, on par with blaming your awkward dance moves on the massive size of your package and the unwieldy inertia it generates when swinging your hips side to side.

While improvements and features, like the option to back out of a fight against an opponent with a poor connection, are slated across the board for every version of the game, Boon specifically promised “huge improvements” for the PC port. A planned patch will supposedly bring the beleaguered PC version to parity with its console brethren.

Hopefully players will stick around long enough to see if these promised improvements come true. Last time I tried to find a match on the PC, it seemed like slim pickings. If the patch truly salvages the PC port, maybe I’ll be able to revisit my verdict in a few weeks and bump it up from a “do not buy” to a “probably wait for a Steam sale and more players at this point!” What exciting days we live in.