Who’s the zeptogram that approved these?

After many years of stringing fans along with re-releases and re-re-releases, we are just one day away from finally getting a sequel to The World Ends with You. Reviews for the game dropped this morning and I found it to be a great follow-up to the DS original with smart characters, impeccable design, and gameplay that is as dazzling as it is approachable. It’s a wonderful game, but there is one teensy aspect of NEO: The World Ends with You that has been grating the nerves over the past week or so. And it has to do with some really tired gay stereotypes.

In the original TWEWY, players controlled Neku Sakuraba as he teamed up with different partners over three weeks of the Reapers’ Game. In NEO, partners are out and teams are in. You play as the Wicked Twisters, one of five teams trying to score the most points to win the game. There is a heavy emphasis on competition with the other teams in a new turf-war mode called Scramble Slam where you’ll actually face off with goons from those other squads. There is a Deep Rivers Society, which is a team of water fetishists; the Purehearts, a team of enlightened players; the Ruinbringers, who cause trouble wherever they go; and the Variabeauties, a team of wispy gay men. 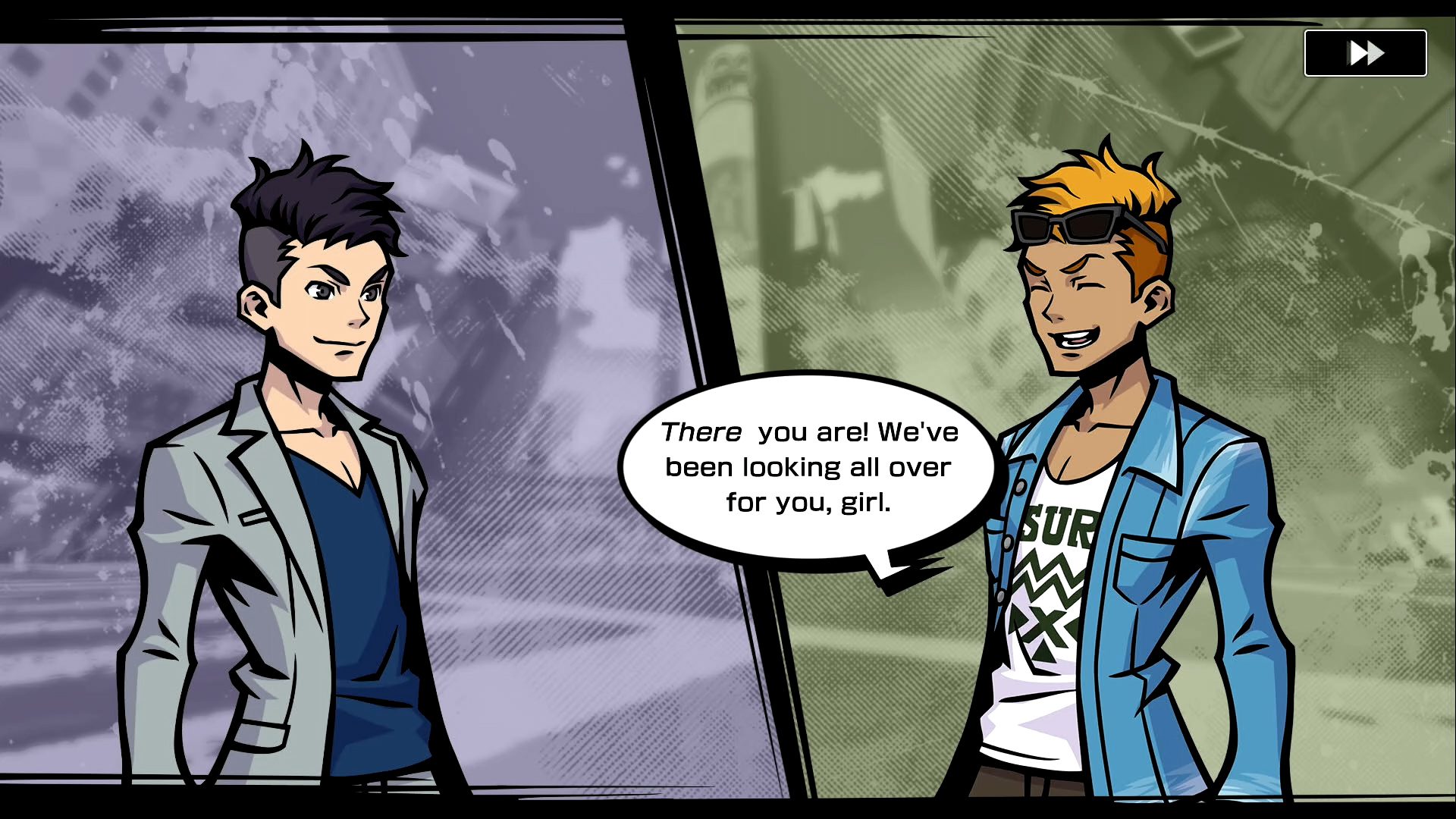 Well, they’re not all men. The team’s leader is Kanon, a hard-to-read woman who plays a significant role in the narrative. She’s actually a pretty good character. It’s the grunts behind her that are the problem. Her squad is full of slim, fashionable men the developers or localizers or somebody in charge decided to make into gay stereotypes. Some of this can be seen in the brief snippets of dialogue they get throughout the game, such as the scene pictured above or when they continuously refer to Kanon as “kween.” That’s an eye-roller for sure, but it’s when they actually speak that it starts to get on my nerves.

During my initial playthrough of the game, the Variabeauties had three crystal clear lines of dialogue they repeated during battle: “Work, Honey,” “How Rude,” and “Let’s Go, Girls.” And yes, those lines are delivered in the most stereotypical fashion imaginable, like gay characters in some shitty Seth MacFarlane series. When trying to isolate the audio for this piece, I found three more lines that were overshadowed by the music and sound effects: “I Came to Slay,” “It’s Party Time,” and “You Ready For This?” Admittedly, the delivery of these lines doesn’t carry the same effeminate tone (though sometimes they do!), but they only became clearly audible and identifiable once I removed all other sounds from the game.

It’s bad enough having to sit through that in one battle, but you have to fight these motherfuckers several times throughout the game, subjecting players to repeated sessions of the type of dialogue you’d get if the only place you’ve ever seen gay men is on the Bravo Network.

Outside of battle, the mincing tone returns in a few soundbites like “Icky Twisters” and “Grrr.” Of course, none of the other teams get stereotypical voices in this manner. They just grunt, wheeze, laugh, and spout generic lines you stop thinking about the moment the fight is over. I would have much preferred that over this hackneyed shit.

Had the developers instead tied these effeminate traits to one specific character rather than painting a whole swath of faceless men as a bunch of Marys…it still would have been offensive because it’s using antiquated gay cliches as unnecessary comedic relief in a world where no other objectionable representation exists. But at least it would have been a character rather than these outdated caricatures. Actually, you know what, scratch that idea. Putting all those traits into a single character might very well have ended up with NEO getting its own version of Angel and Julian from Persona 5. 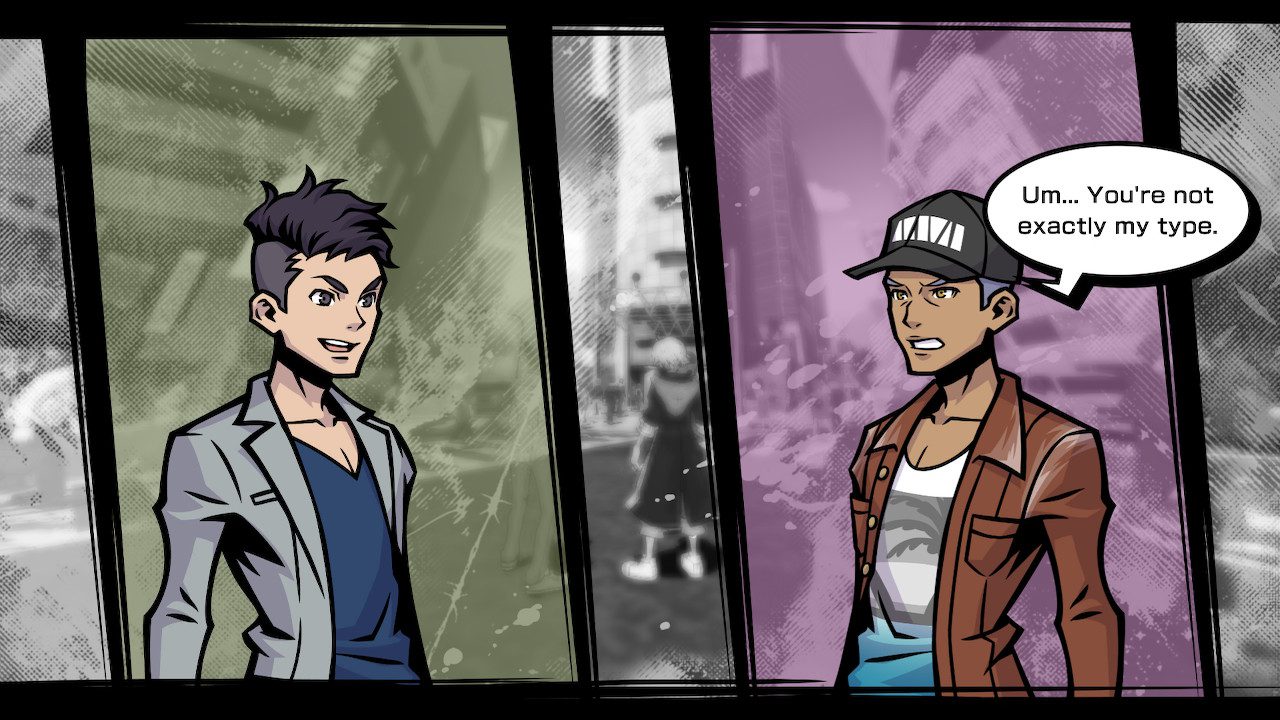 I know some might argue stereotypes like these come from a very real place because there are, in fact, gay men in the real world who talk like this. And I know that’s true. I’ve dated plenty of guys who make Cole Escola look like Dwayne Johnson. But those were real people. These are a bunch of cookie-cutter randos who’ve been pinned with the same problematic personalities the entertainment industry has been falling back on for decades. And it’s particularly irksome given the strides game developers have made to be better at representation in games, whether it’s putting LGBTQ+ characters at the forefront of the experience like with The Last of Us Part II or removing outdated and offensive content when re-releasing classic titles like with the Yakuza 3 remaster.

Look, I recognize this is a very minor aspect of what is otherwise a great game and it in no way affects my ability to enjoy what Square Enix and h.a.n.d. put together here. But that’s actually what bothers me the most about it. It’s so minor that it’s unnecessary, and if it’s unnecessary, I have to question why the decision was made to include it at all. Because it doesn’t make for a better experience or further define the world of Shibuya. It’s just there, like this fruity piece of shit on an otherwise delicious cake.

Honestly, I’m just left asking why. Why was this included? Why did they decide this would be appropriate? Why did they think this is something NEO: The World Ends with You needed? And why did a company that spent the entire month of June pimping out its Pride mascot on social media fail to understand how the gay audience it claims to care about might have an issue with being depicted like an extra in the movie Boat Trip?