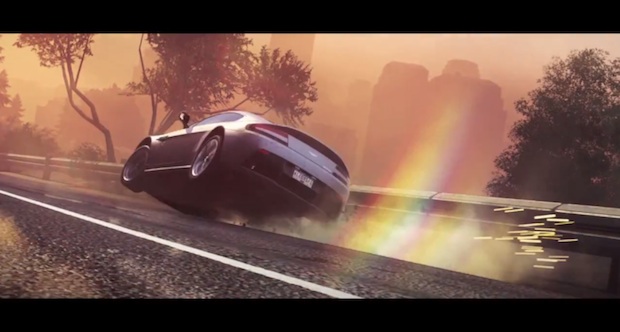 I’ve been playing Need for Speed Most Wanted for quite awhile now, in both preview form and now with final code for our upcoming review. The Embargo Gods prevent me from saying much before then, but I’ll sneak this out: it’s f*cking fun.

Even though I’ve been playing for some time now, I didn’t hear the song in the above trailer until a couple of days ago. I blamed the song’s chorus for losing a race yesterday. But now I can’t get it out of my head. I drove to the supermarket screaming it with my windows rolled down. I yelled “I AM ELECTRIC” directly into the faces of my dogs after waking up this morning. It’s come to the point where I truly believe that I am electric.

And yes, you can actually roll on two wheels after a jump, as shown in the trailer.