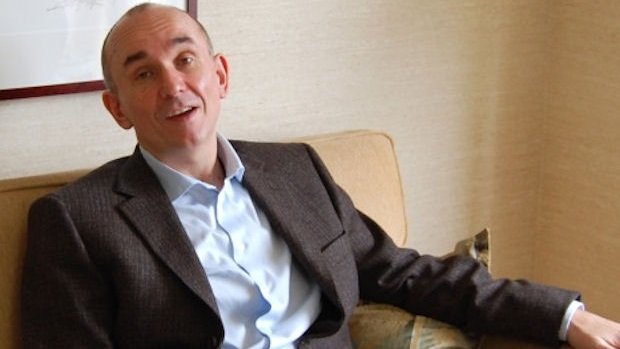 Because he’s such a trustworthy person

At this point most hardcore gamers know not to trust Peter Molyneux. He makes grand promises that his games will push the envelope or change your life in some way, and in a few cases, outright lies. Then he has the balls to retroactively state that you shouldn’t have bought his last game, and that his next game will be amazing.

We know the song and dance he performs and the brand of snake-oil he peddles. But Bryan Henderson, winner of the 2013 Curosity prize, didn’t even know who Molyneux was. Now, he feels our collective pain, as he still hasn’t actually received said prize.

Much like our follow-up with a Nintendo Power contest winner, Eurogamer got together with Bryan recently to get his side of the story on this “life-changing” Curiosity win. According to him, he’s been emailing Molyneux’s developer 22Cans “every month” to see what’s going on, and they haven’t delivered yet.

Basically, he got to visit the studio, got a signed poster and t-shirt, and then hasn’t been in real contact with them since. Bryan is being a great sport about it though, stating that he “wouldn’t be bothered if I’m missing out on something. Really, I wouldn’t,” and that he’s moving on with his life. It’s a shame what happened to him, as he apparently hasn’t even gotten an apology until Molyneux was goaded into one by Eurogamer.

Evidently since Godus is still in development and not doing as well as he predicted (this is a game that went over its Kickstarter goal by the way), Molyneux can’t make any promises right now.

Except, he already made a promise to Bryan. He already got his press. But most of us knew better.

You can see how poorly development has been handled by Molyneux in this “Community Update” below. I feel terrible for the other two people in this awkward video.

Here’s an exact quote from Molyneux: “now this is going to sound like an excuse…”