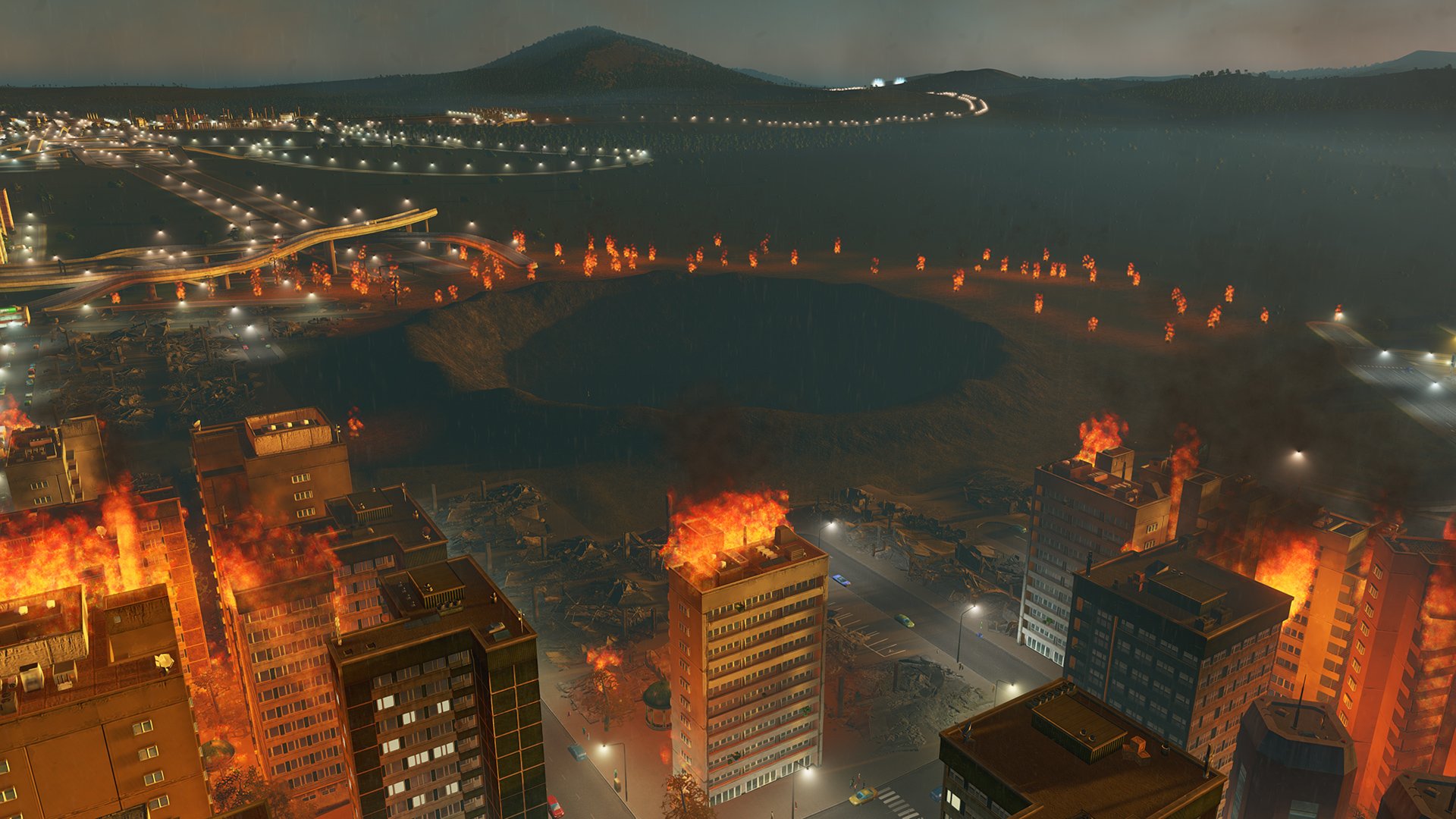 Building a city only to watch it go up in flames — it’s a feeling any sim-game mayor should know all too well. Cities: Skylines explored that and other doomsday scenarios a couple years back on PC, but with the newer PlayStation 4 and Xbox One versions of Cities, the opportunity hasn’t come up yet.

The Natural Disasters expansion will be ready soon, though. It’s coming to consoles on May 15.

You’ll be able to contend with (or set off) meteor strikes, forest fires, tsunamis, and earthquakes. Natural Disasters also enables warning systems, countermeasures, and if all else fails, evacuations.