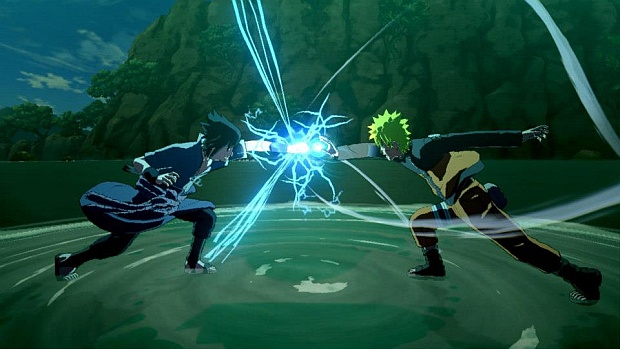 Now, when I say “love” here I don’t mean romance scenes or anything like that (though all that incipient facial contact between Sasuke and Naruto could imply a lot), but Cyberconnect2’s love for both Naruto and QTEs that make the fights in the normal Naruto series look restrained. That’s all in Ultimate Ninja Storm 3.

I guess it goes to show what Cyberconnect2 can do when it doesn’t have an Asura’s Wrath to redirect its crazy (and development resources) towards. Not that I begrudge them that, of course, as licensed games like this pay for their Asura’s Wraths and Solatorobos, but they did kind of phone it in on their last Naruto game, Ultimate Ninja Storm Generations. They’re not phoning it in this time.

The game’s due out in early 2013 on PS3 and Xbox 360. In the meantime, check out my review of Ultimate Ninja Storm 2, which they didn’t phone in either. It should give you an idea of what to expect.