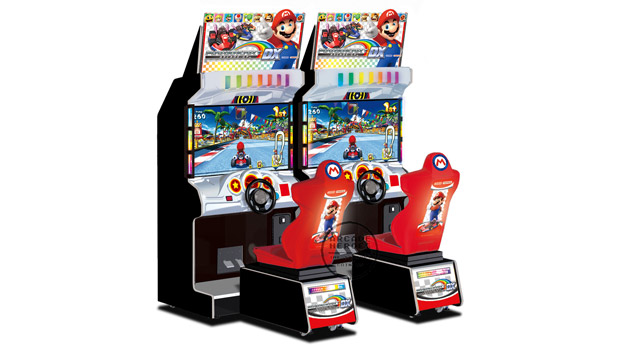 Today was a good day

Regrettably, I’ve not yet had the privilege of playing Namco Bandai’s Mario Kart arcade games. This has been especially painful for Mario Kart Arcade GP DX, which looks so damned good. Unlike its predecessors, this machine won’t be such a challenge for gamers living in the United States to find — it’s coming to the West, Arcade Heroes reports.

The cabinet, shown above, is being demonstrated at the International Association of Amusement Parks and Attractions 2013 trade show in Orlando, Florida. It uses a 42″ monitor — which, as it turns out, is a reuse of Namco’s Dead Heat Street Racing cabinets — and is said to have the same software base as the Japanese version. Dibs on Don-chan, in that case!

We’re looking at a winter 2013 release for Mario Arcade GP DX, though availability is of course going to be subject to where you live. Fingers crossed that one of these units finds its way to Portland. I may actually be more pumped for this than Mario Kart 8.