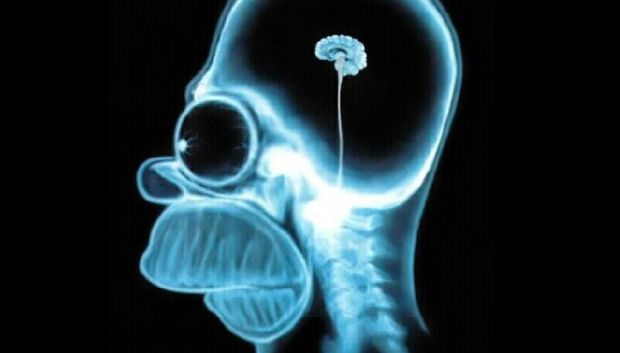 We got word of a new Kinect title aimed at powering up your noggin from Namco last week, with the famous Dr. Ryuta Kawashima on board, who is behind Nintendo’s famous Brain Training series. Today, Namco spilled the rest of the details at Tokyo Game Show, letting gamers know they can look forward to this new title early next year.

Called Body and Brain Connection, the new title will accommodate up to four players and offer all the perks you expect from brain training games, but with physical movement added in.

Carlsom Choi, Namco’s VP of marketing, said about the upcoming title, “Body and Brain Connection offers a forward-thinking evolution in the genre of brain exercising … by adding physical movements to the core brain exercising concept, Body and Brain Connection is able to engage players’ minds and bodies with a robust selection of challenges and frantic party game modes.”

We’ll see. I have about as much enthusiasm for Kinect as I do to go stand in line at the DMV (ok, maybe a touch more than that), but I’m always open to be convinced otherwise.

Move your Body to Exercise your Brain in an Exciting New Title from the Makers of the Brain Exercise with Dr. Kawashima series

SANTA CLARA, Calif., (Sept. 16, 2010) – Leading video games publisher and developer NAMCO BANDAI Games America Inc. today announced Body and Brain Connection™ for Kinect™, controller-free games and entertainment for Xbox 360®.  Players of all ages must think fast and act even faster as they answer math, logic, reflex, memory and physical related questions using the full-motion capabilities of the Kinect sensor.  Body and Brain Connection challenges players to exercise both mind and body in the most cerebral and energetic party game ever from the originators of the video game brain training craze.

“Body and Brain Connection offers a forward-thinking evolution in the genre of brain exercising,” said Carlson Choi, vice president of marketing at NAMCO BANDAI Games America Inc.  “By adding physical movements to the core brain exercising concept, Body and Brain Connection is able to engage players’ minds and bodies with a robust selection of challenges and frantic party game modes.”

Body and Brain Connection is being developed under the supervision of renowned Japanese neuroscientist, Dr. Ryuta Kawashima.  In addition to his neurological work in Japan, Dr. Kawashima has also supervised the development of several best-selling games.  Dr. Kawashima’s previous efforts with video games proved to millions of gamers around the world how fun it can be to train your brain in minutes a day with simple brain puzzles.  His newest research shows that, in addition to simple daily mind exercises, brain activity is also jump-started by physical movement; thus resulting in Body and Brain Connection. The unique full-body motion Kinect sensor allows players’ bodies and minds to work in unison as they get up off the couch to work out problems in their heads and complete the answer with specific physical actions.

Body and Brain Connection includes numerous different activities in single player and multiplayer modes.  Up to four friends can compete in fun and engaging activities as they strive for the fittest brain.  A daily progress tracker makes sure that players are up-to-date with their current progress as they continue to stimulate both mind and body.

NAMCO BANDAI Games America Inc. is a leading interactive entertainment software publisher and developer based in Santa Clara, CA.  The company is a part of the NAMCO BANDAI group of companies known for creating and publishing many of the industry’s top video game franchises including the PAC-MAN®, SOULCALIBUR®, NARUTO™ and Tekken® brands.  For more information about NAMCO BANDAI Games America Inc., and our products log onto https://www.namcobandaigames.com/.  .

Xbox, Xbox 360, Xbox Live, and Kinect are either registered trademarks or trademarks of Microsoft Corporation in the United States and/or other countries. All other trademarks are properties of their respective owners.