As you might have guessed from its title, Buried: An Interactive Story is less about gameplay mechanics, and more about narrative. That’s not a bad thing. Personally, I occasionally enjoy a less demanding experience where I can kick back, soak in a story and some ideas, and occasionally make a choice about where the events are heading.

For an experience like that to hold up though, the narrative has to be on point, and sadly, it’s at this fundamental level where Buried stumbles and never really recovers. 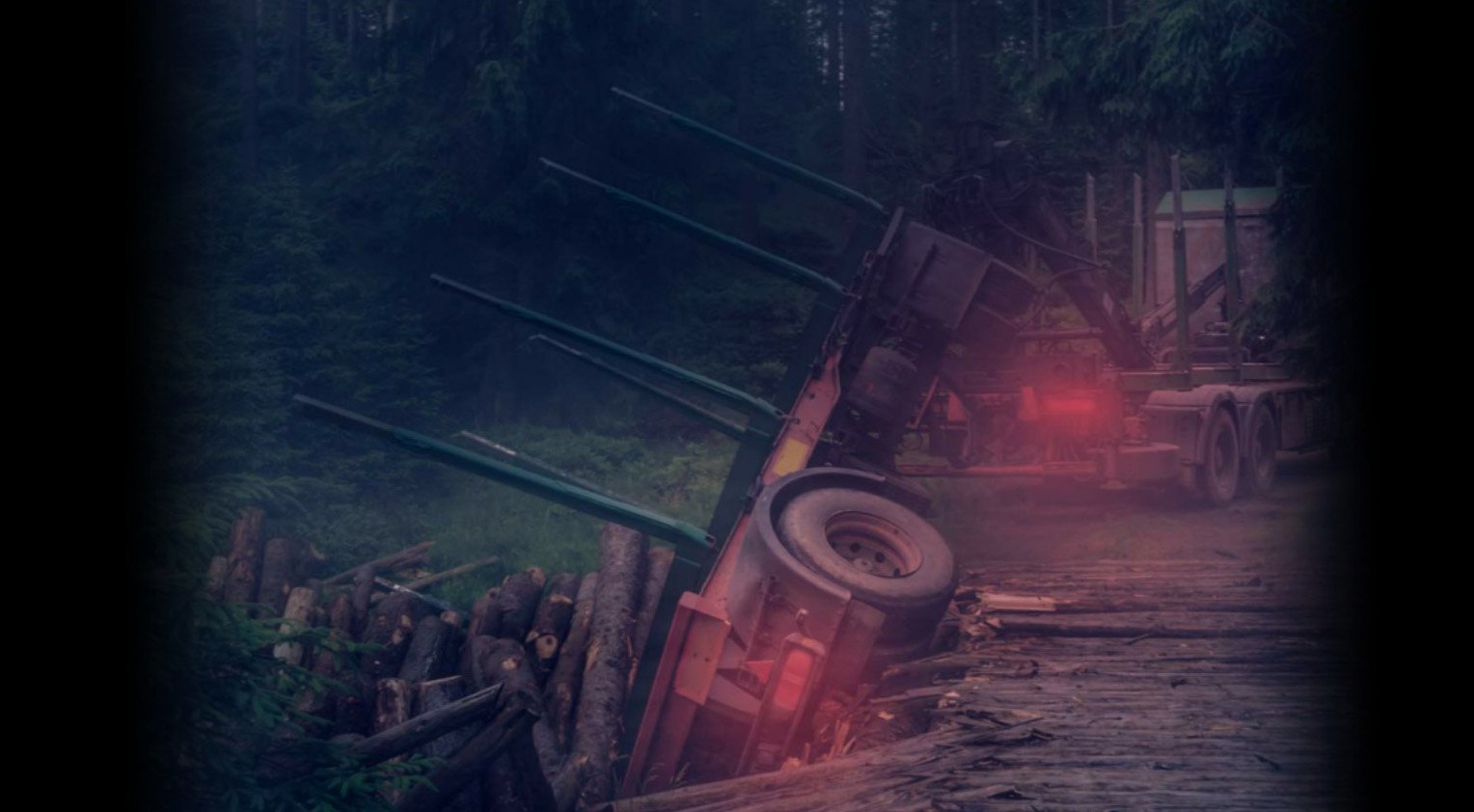 Things start interestingly enough. A crew of loggers working in a remote forest are suddenly rocked by a series of inexplicable explosions that leave perfectly spherical holes in the earth along with an ominous throbbing hum in the air. Investigating one of these holes, the protagonist Roger and one of the surviving loggers accidentally wander into a creepy underground bunker, driven by equal parts desperation and curiosity to follow the terrible sound to its source. It’s an interesting hook. I love the idea of a 42-year-old logger suddenly confronted with a situation straight out of the X-Files.

All of this is presented through a combination of text, still photographs, and sound design. The photos are hit-or-miss, with some working perfectly in sync with the narrative described in the text, painting a vivid mental image of the setting. Others are obviously compromised solutions where the creator had to work within the bounds of what he had access to or could gently Photoshop into use. Plenty of areas in the underground bunker/laboratory look suspiciously like a medical university classroom or an after-hours warehouse, all shot with sinister angles and lighting to make them seem spookier than they are. The result is unconvincing, like a guidance councilor wearing goth make-up and pretending to be super into The Misfits. 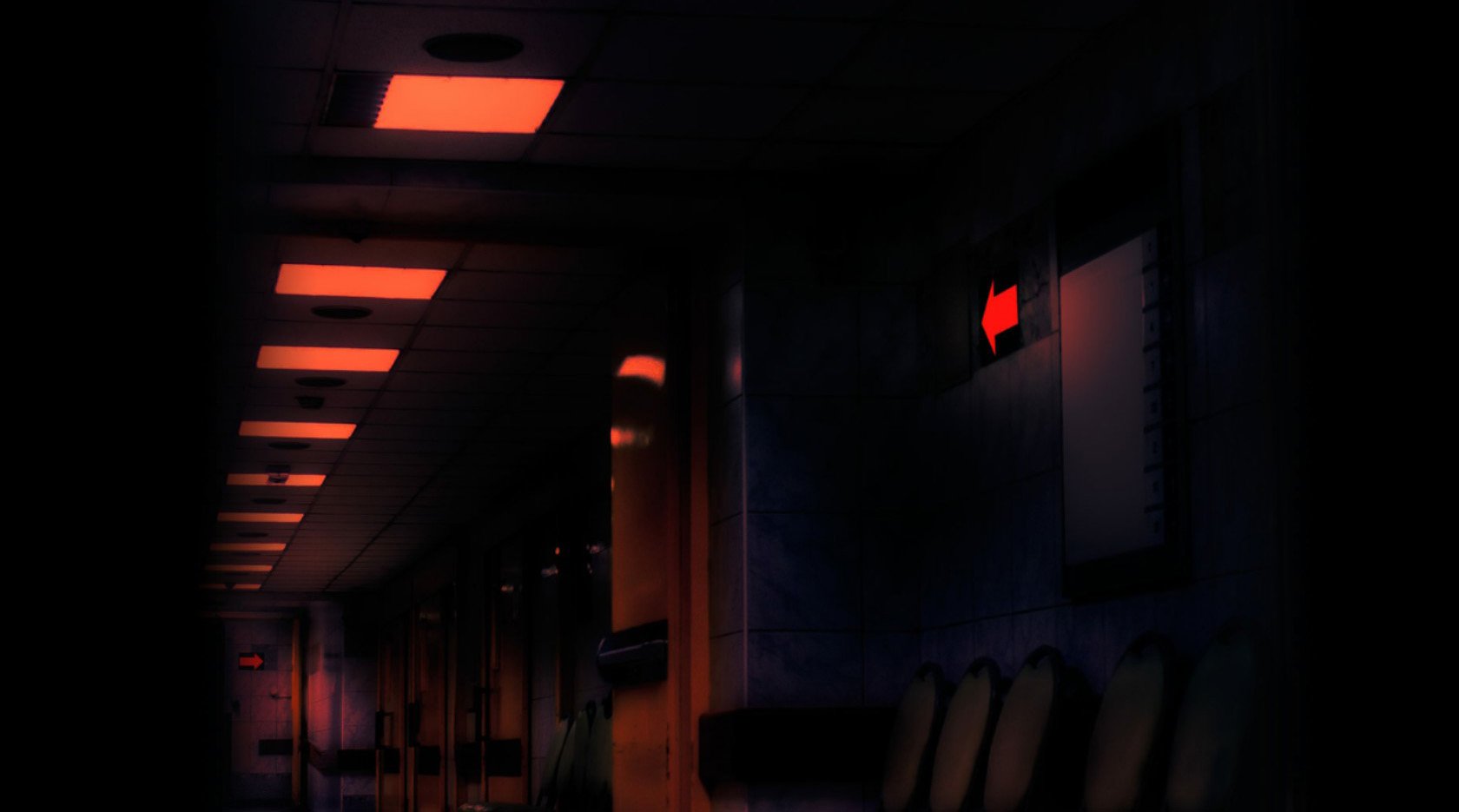 The sound design is a bit more consistent. The low hum of ambient sounds and minimalist beats create a sense of unease as Roger and his tag-alongs dive deeper into the conspiracy. Still, there are missed opportunities all over. Even when things get wild, the sound design never kicks over from tension-building to panic. I kept waiting for big-decision moments (run or hide, shoot or don’t, etc.) to be punctuated with a cathartic blast or a sudden change in the soundscape, but it never came. What’s there is good, but it’s all build-up and no payoff.

The narrative is where Buried falls flat. Like the Choose Your Own Adventure novels of yore, most of the game is about reading large chunks of text and then making a binary choice between two options when prompted. How meaningful these choices are depends on the moment. There are some that will clearly fracture the play experience and lead to different outcomes, which is what you’d hope an interactive story would do (that’s why you’re not just reading a novel). Many others, though, seem like mere window-dressing, a series of cheap tricks designed to create the illusion of a more diverse experience when the player’s input actually has little effect.

Worst of all are the many choices and plot threads that the game seems to straight up forget about. For just one example, I made the dicey decision early on to investigate a clearly radioactive substance. Sure enough, a few plot beats later, my character started displaying signs of radiation poisoning. Exciting! But almost as quickly as he came down with the spins and nausea, he got over it and never mentioned it again. Either Roger has an incredible immune system that could prove to be the key to curing cancer, or the writer didn’t want to bother with working it into the rest of the story. 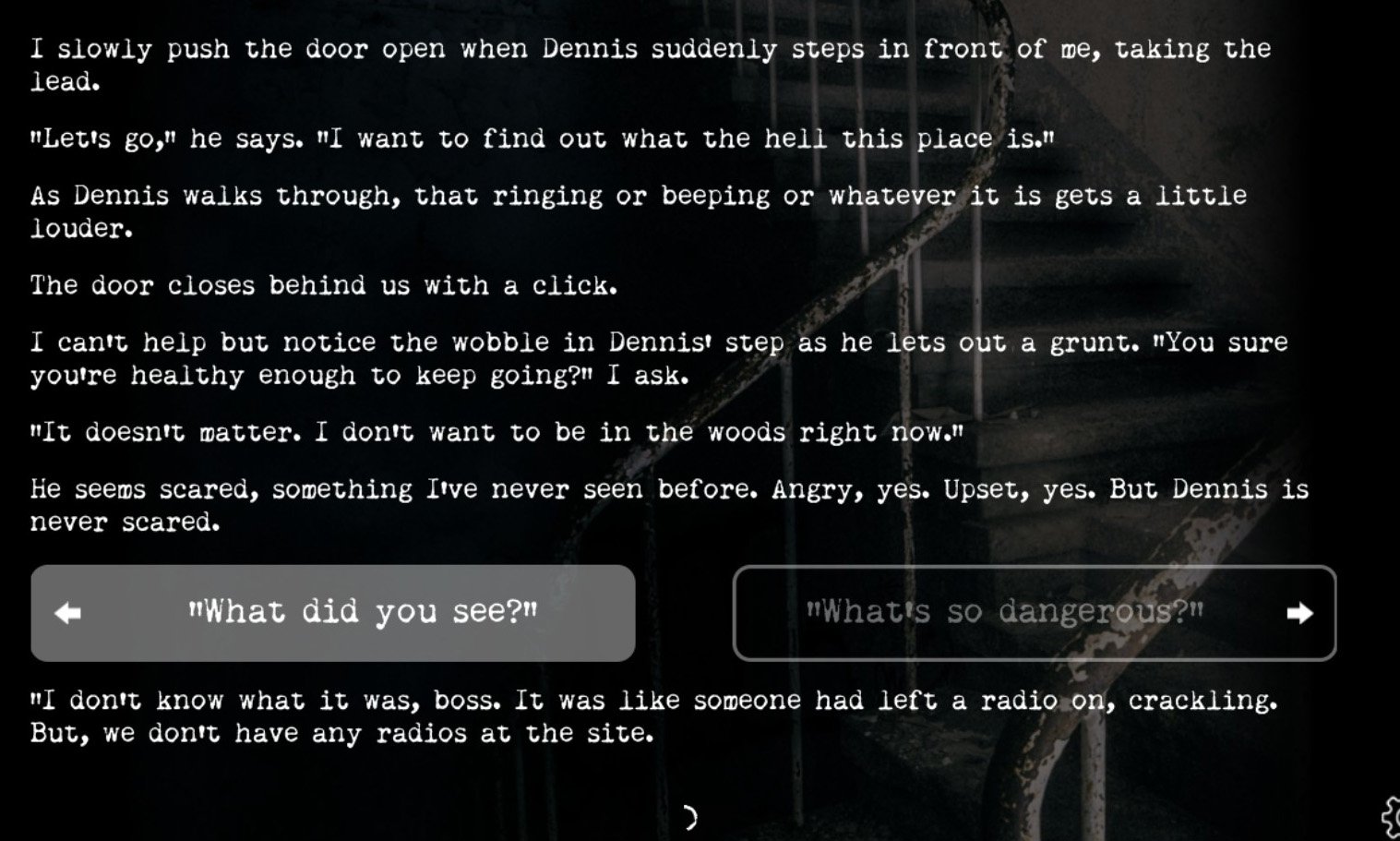 Similarly, Buried often makes assumptions about the choices you’ve made or doesn’t account for some paths (which is pretty obvious and unforgivable when there are only two options to every situation to keep track of). Due to sloppy writing, character names get revealed before you actually introduce yourself or sleuth out identities. Events are railroaded to fit the narrative regardless of your choices. When I was given a weapon for example, I chose not to fire it for the vast majority of the game. But when the shooting finally started, Roger fretted over how many rounds he had left like he’d already been in several scraps. So much for playing things smart. If I’d known it was going to be like that, I would have gone guns blazing the entire time.

Other, more basic errors plague the experience. Grammar issues like tenses and perspectives changing mid-paragraph make for some awkward reading. Style choices like the repeated, cliché descriptions (that seem borrowed whole-cloth from the Lovecraft school of writing) wear mighty thin by the end. And while I’m not the type to crucify someone for spelling errors, when a game is entirely text-based, they tend to stand out. I noticed an uncomfortable number of them without even trying. None of these problems on their own would entirely torpedo a story, but combined together, they unfortunately make the result seem amateurish and rushed.

At such a low price point, it’s not a question if Buried is worth your money, but if it’s worth your time, and unless you have a real soft spot for loggers or government conspiracy fiction, the answer is no. Buried is an interesting experiment in interactive storytelling, but without a strong narrative, the rest of it seems like a gimmick to prop up some fanfiction-level writing.