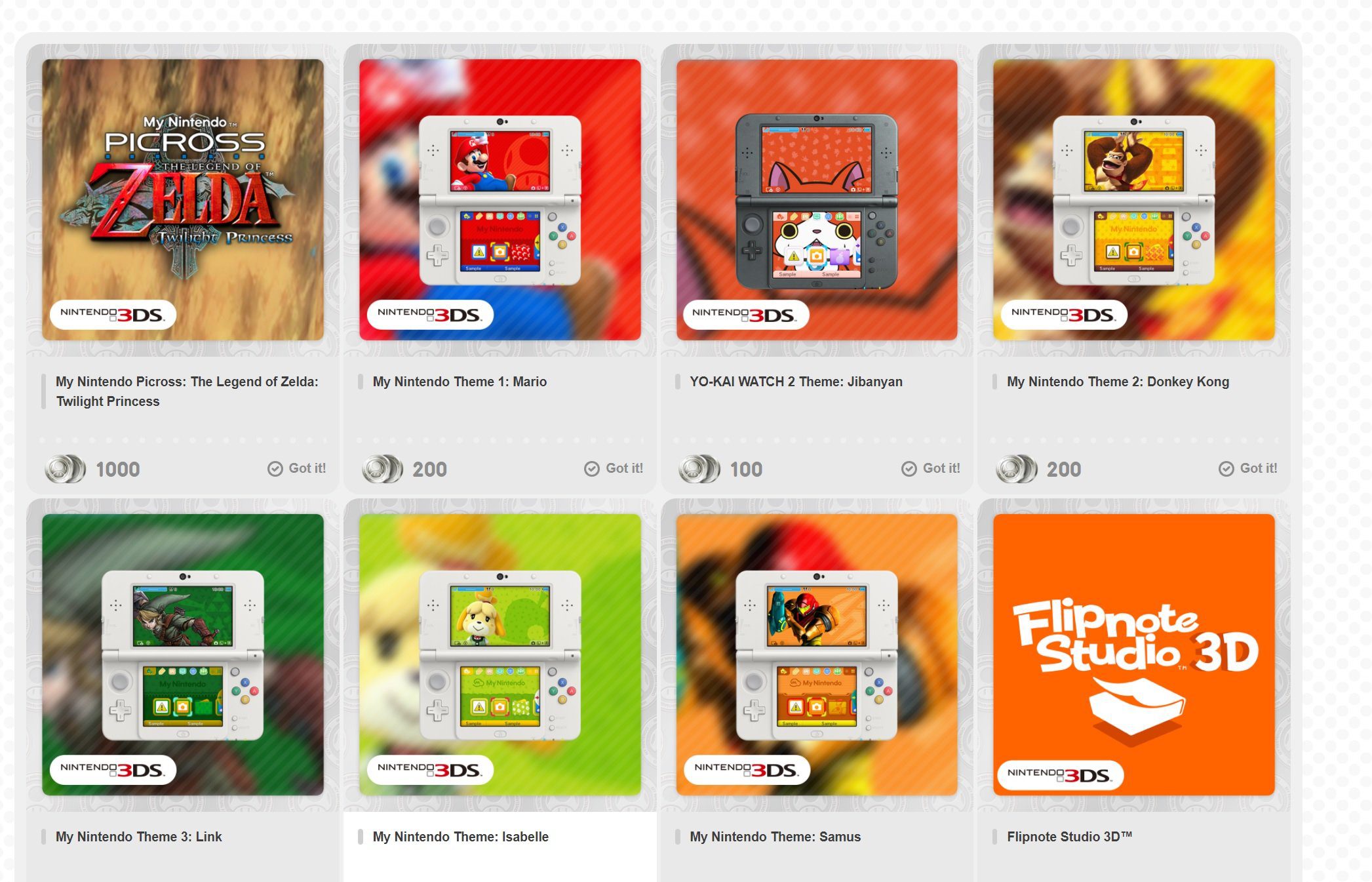 It’s time for My Nintendo to enter the new generation

Nintendo is showing signs of life for My Nintendo with its recent physical reward launch, but it still has a ways to go.

For ages, My Nintendo serves as a zombie of a program: a husk of the former glory of Club Nintendo. It was bloated with mostly useless 3DS/Wii U discount code offers, and beyond the redemption of several cool apps and 3DS themes, it kind of served no purpose.

Again, that changed in late 2019 with the advent of physical rewards, but there’s room to improve. Nintendo is potentially laying the groundwork here by abolishing the aforementioned 3DS/Wii U discount page, which is now defunct. Are Switch deals on the way soon? We can only hope.

If you do still want Twilight Princess Picross or any number of the themes currently being offered in what remains of the 3DS My Nintendo page: grab it soon-ish. It could be the next thing to go.

Rewards [My Nintendo] Thanks CJ!