Based on a true story

I don’t say this nearly enough, but my mom is the absolute best. She’s simply wonderful. She’s easy to shop for, she doesn’t have time for any of that emotional bullshit, and she always knows how to make her kids feel special. For my 18th birthday, she drove for more than an hour to get me an Arby’s roast beef sandwich paired with McDonald’s french fries because she knew that was my favorite meal. On a completely unrelated note, I’m now obese, pre-diabetic, and stuck eating broccoli five days a week.

What I love about her most is how she’s always been supportive of my hobbies. I’ve been a gamer since before I started school. For every birthday, Christmas, and occasional Easter, she would be there with a new video game for my brother and me. When I was 15, she and my Dad surprised me with Dreamcast and my own television, breaking me free from the constraints of a shared console household. When I joined Destructoid, she was so excited after I told her what it was until she found out what it pays.

Through thick and thin, happy days and severe depression, she’s been there for me, supporting the crazy ideas I have that I’m far too lazy to actually take seriously. I know she would never, ever hurt me; except for that one time she tried to kill us all with Kirby’s Avalanche. 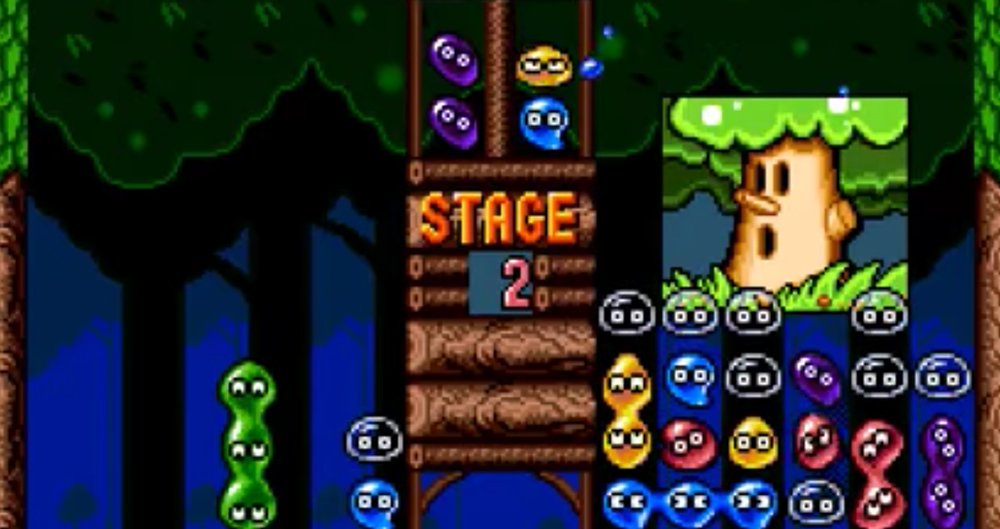 My mom used to tell us how much she enjoyed video games in her youth. She came of age in the 70s and 80s, and as a Southern California girl spent a fair share of time at the arcade. I remember her telling my brother and me that Ms. Pac-Man was her absolute favorite game. When we purchased our first console, an NES, it was mostly for us boys though my parents did enjoy taking turns in Duck Hunt. I don’t remember her gaming much beyond that, something that remained true when we upgraded to an SNES a few years later. Again, it was mostly for the kids, but there was a game that brought us together for family video game night: Kirby’s Avalanche.

If you haven’t played it, Avalanche is the American version of Super Puyo Puyo. Instead of Arle doing battle against Satan, we got Kirby answering a challenge from King Dedede. As with all Puyo Puyo games, the object of the puzzler is to chain together enough match-piece combos to overflow your opponent’s board in blocks. It’s the only Kirby game never to release in Japan.

So it’s 1995 and my whole family is sitting around the television taking turns in this game. My brother beats me, I beat my dad, my mom beat my brother; solid night all around. It’s getting late and my brother hands the controller over to our dad. It’s time to see which parent really wears the pants in this house. They start up and very quickly they’re sending blocks back and forth as they rack up those combos. You’d think they’d invented the game for how well they played. Back and forth and back and forth for several minutes until it becomes quite obvious mom is going to wipe the floor with dad. She has several groups of Puyo about to clear and the color piece she needs just popped into play. With a few adjustments, she drops it into the perfect spot, setting off a chain reaction that drowns dad in blocks. As that avalanche comes tumbling down on screen, an earthquake hits.

Now, I grew up in the state of Washington which I’m pretty sure is 99% fault lines. One of these days, Seattle is just going to fall into the sea. It’ll all be gone. The Space Needle, Experience Music Project, Frasier, Amazon, Starbucks, Pike Place Market where every time the NFL goes to the city just has to show one of those motherfuckers catching a fish; all of it will liquidate and sink into the ocean, transforming Washington into the red state those farmers in the east have always wanted it to be.

It had been some time since our last earthquake that night in 1995, so we shouldn’t have been shocked by it. When you sit atop multiple fault lines that stack up like lasagna, you get used to some sporadic shaking. But this was too perfect. The earthquake, a sizable one, hit at the exact moment my mom dropped that avalanche.

It’s pretty common knowledge that all moms everywhere have magic powers. How else do you explain their effortless ability to put up with our bullshit? Moms usually use this power for good; giving us a hug right when we need it, knowing how to make us feel like we’re the king of the world with just the right snack in our lunch, reading our first short story and not laughing in our face at how bad it is. This mom magic is legit and a powerful force for love. Who knew it could also shake the literal foundation of my world?

Make no mistake, this earthquake was 100% caused by my mother dropping that avalanche. It wasn’t the sudden shift in the tectonic plates like those know-nothing scientists on the news described it; no, this was my mother trying to send us a message. What that message is I don’t know. Did I not clean my room? Did my brother not take out the trash? Did one of us break her nose again? I can’t think of a reason why she’d do it, all I know is if we lived in Puritan times, she would have been tied to a ducking stool before the night was over.

My mother didn’t pick up another game after that until years later when I brought home my Wii. Like every other parent on the planet, she got heavy into Wii Sports Bowling. It’s something she still plays when she visits relatives. And though she clearly has the power to devastate the world with her magical video game-earthquake abilities, she’s chosen not to strike us down but instead spare her family with every frame she bowls. I love my mom, but because of the great power she demonstrated 23 years ago, I also fear her.