[Dtoid community blogger UsurpMyProse bids a fond farewell to his Xbox 360 for this month’s Community Assignment. Want to see your own blog appear on our front page? Go write something! –Mr Andy Dixon]

It’s over, baby. One-way ticket to Splitsville. Time to stuff your face with wine and ice cream and crank up The Cure.

Look, don’t pretend like we didn’t both see this coming. We’ve been growing apart for a while now. I’ve been getting older, you’ve been getting older, and we’ve started to want different things out of life. I want next-gen graphics and gameplay. You want 50 more Kinect-compatible sequels to Just Dance. I want to experiment with new indie titles. You want to smother my creativity with overly expensive certification processes.

It’s like all you want us to do anymore is sit on the couch and watch NFL highlights. When have I ever been a football guy, Xbox? I haven’t bought a sports game since NHL 11. Just because you love ESPN so much doesn’t mean you can pretend like hockey doesn’t exist too.

Okay, I’ll admit, things have been good lately. I won’t pretend our time together in Los Santos wasn’t exciting. Cruising through the deserts of Blaine County on an ATV, the setting sun turning the sky blood red, “Night Moves” blaring on the radio. You never looked more beautiful.

But when’s the last time we felt that thrill? Halo 4? That was, what, a year ago? And you and I both know that was nothing more than a hollow echo of our college days. A blatant attempt to recreate sophomore year, staying up with my roommates until 3 AM playing Fiesta Slayer on Cold Storage. Maybe we fooled each other for a little while, but getting my ass kicked on Ragnarok for the zillionth time by a bunch of anonymous, foul-mouthed moppets just wasn’t the same. 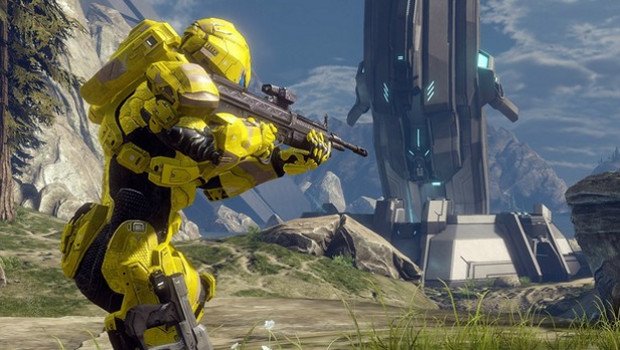 And when’s the next time we’ll feel like our old selves? Super Time Force? Sure, a retro, Contra-style shoot-‘em-up with exquisite pixel art and a skateboarding dinosaur is like a delicious gumbo of all of my favorite things, but don’t you dare think you can gloss over your indie issues with one exclusive Capybara title. Besides, how long before I see Super Time Force up on Steam, with bonus content and no sign of a game-breaking bug that took them eight months to patch over Live Arcade?

Don’t make this more difficult than it has to be. Let’s just try to remember all the good times we had together. Do you remember when we first met? 2008, freshman year of college. I had just won an academic writing award, and was thinking of the flashiest and most irresponsible way to spend the prize money.

And there you were.

We had flirted a few times before – some rounds of FIFA and Call of Duty 4 with the kids across the hall in the dorms. But then you promised me the one thing I couldn’t get anywhere else. The one game that told me you were the console I wanted to spend the rest of generation with.

Castle Crashers. Oh, sweet, sublime Castle Crashers. It feels like only yesterday that I watched as a cartoon deer rocketed itself on a steam of its own excrement and instantly knew that I had made the right decision. 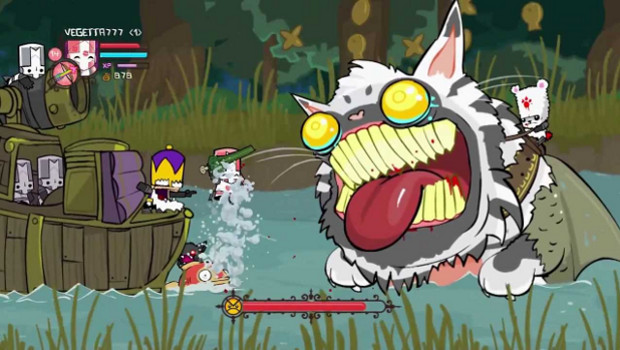 Sure, paying so much money just to play a goofy throwback to classic brawlers like Teenage Mutant Ninja Turtles: Turtles in Time and Golden Axe was a little ridiculous in retrospect, and the kind of suspect financial decision one would expect from a nineteen year old. But it wasn’t so much about Castle Crashers itself as it was about what Castle Crashers represented. The game suggested that the seventh console generation didn’t have to be about gimmicky motion controls or triple-A titles that valued graphics over gameplay. Rather, the generation could take everything we loved about videogames growing up and expound and improve upon those cherished memories. That the DNA of classic platformers and puzzlers could be extracted and altered into something new and meaningful and fun.

It’s difficult to remember a time when Xbox Live Arcade was a thriving Mecca of $15 masterpieces, and not a smoldering ruin of burned bridges. But I can still recall eagerly poring over Braid‘s time-bending brain twisters and fragmented story of lost love. The Metroidvania charm of Shadow Complex. The gut punch ending of Limbo. The pixelated eye candy and chiptune magic of Scott Pilgrim and Fez. Tearing my hair out trying to best the cruel challenges of Trials HD and Super Meat Boy.

If you would have told me that the seventh generation’s successor to Crimson Skies was a Peanuts-licensed budget title called Snoopy Flying Ace, I would have punched you in your blasphemous mouth. But for a few magical weeks in 2010, we took the fight to the Red Baron and came back heroes, damn it.

That’s not to say you were incapable of pulling off the occasional blockbuster. Your JRPG offerings may have amounted to little more than a couple dozen Tales games and whatever the hell Blue Dragon was, but you at least helped the Western RPG finally come into its own. The Mass Effect trilogy was a certifiable sci-fi epic, and the Fallout and Borderland series showed us just how much fun irradiated, post-Apocalyptic wastelands could be. 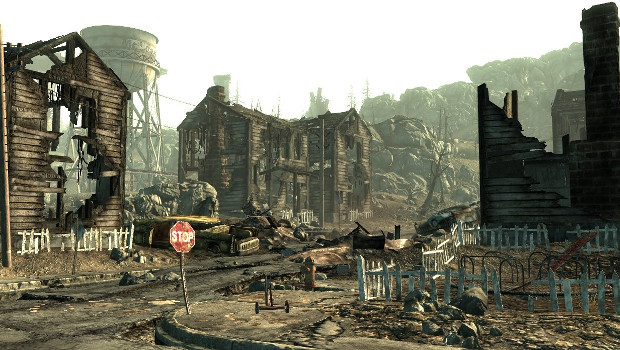 Your big budget efforts always were at their best when it came to shooting things in the face. I’ll never forget my first trip through the Deco ruins of Rapture, taking down Big Daddies with the Chemical Thrower the closest I ever felt to being a Ghostbuster. If the next generation is as obsessed with zombies as this last one was, I’ll start chewing out people’s neck tendons myself, but the biggest hold-your-breath moments in these last eight years came from rushing headlong through hordes of infected in Left 4 Dead. And as much guff as Grand Theft Auto IV gets for its grittiness and overbearing cousins, my first truly awed moments of the seventh generation came from driving through the streets of Liberty City, turning the metropolis’s Cluckin’ Bells into the scenes of grisly police standoffs.

Of course, all of those are games I bought again on PC for a handful of nickels and a smile, but let’s not rehash that argument again.

Though I guess no matter how hard we try, we can’t completely ignore the rough patches. Because believe me, there were many, many rough patches. Lest we forget, you died on me. Twice. Relationships don’t usually survive that. Yet every time you froze or overheated or just generally got fucked temperature-wise, I sent you back to the magical worker elves at Microsoft HQ and patiently waited for you to get better. Sure, maybe I did it because of an extended warranty on older 360 models, but mostly I did it because I cared.

And it was because I cared that I stuck with you every time you got down on yourself and suffered through another identity crisis. First there were the Avatars, your attempt to capitalize on the popularity of Miis by charging me $5 to put a hat on a miniature version of myself. I can spend $5 to put a hat on an actual version of myself, thanks. Then you tried to hop on the motion-control money train with the Kinect, and there’s nothing left to say about that whole debacle that hasn’t already been eloquently elucidated by a billion other obscenity-laced YouTube comments. Then you took an admittedly admirable page out of Sony’s PlayStation+ playbook and offered free games to Xbox Live Gold subscribers, though I’m not sure what good a downloadable copy of Crackdown is to me after I’ve already filled up the two separate 20 GB hard drives I had to buy for you.

Because you know what? I’m done buying accessories to make up for the fact that I was naive enough to invest in you before they busted out a superior model. I’m done buying XBLA games that inevitably pop up cheaper on PC, and paying an additional fee to watch streaming services I already pay for, and wondering when you’re going to give out for the third time when I don’t have the money or the heart to fix you.

Please don’t be too upset. This is just how things have to be. Relationships with consoles are never meant to last, because something new will always come along. You’ve seen Toy Story 3, haven’t you? I’m not saying I’m sending you off to a cataclysmic, fiery doom, but we all have to grow up sometime. You’ll be living out your days in storage with my Genesis, my Gamecube, my DS – the systems I’ve gone through this same song and dance with before. Yes, I know my PS2 is still hooked up, spinning Persona 4 and Disgaea every once in a while. But – and I know this might be difficult for you to hear, Xbox 360 – you’re no PS2. 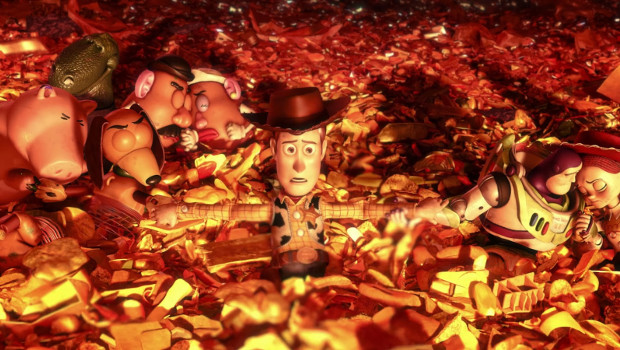 Maybe we’ll see each other again. There’s still so much we never got to do together. Bayonetta looked fun, if fetishized misogyny is your thing. And I heard Lost Odyssey was more Final Fantasy than this generation’s actual Final Fantasy. Maybe I’ll finally finish Red Dead Redemption sometime. Wouldn’t that be nice?

Weep not, Xbox 360. When all is said and done, you were a good console. We had good times. We had bad times. We made memories together.

Forever yours (but not really),