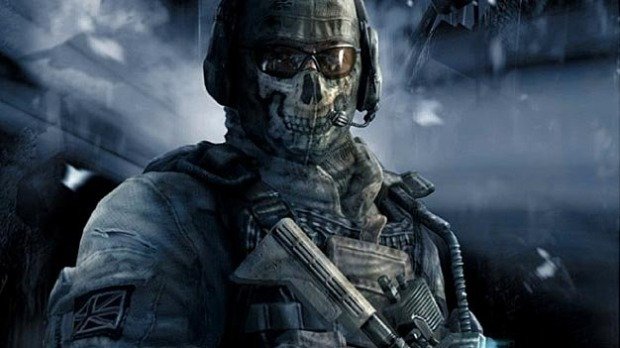 Having now charged through Modern Warfare 2‘s single player twice I am confident that I still have no idea who any of the other guys in the squad are other than Price and Soap. I know there was witty banter going on here and there, but it’s hard to pay attention to it when the Russians are trying to rip you to shreds. Evidently, there are some popular characters in the squad and Ghost is one of them. He’s so popular in fact that he got his own comic book and now he might be getting his own game. At the launch event for MW2 in the UK Craig Fairbrass, the man who voiced Ghost  in MW2 and Gaz in the previous game (conspiracy!), had a few choice words about the future of his masked character.

“I did in the last game a voice for a character called Gaz and in this game I’m now voicing a guy called Ghost, who now just got a spin-off comic of his own and they’re talking about another little game to go with it,” Fairbrass said, “so, I’m quite excited about it. It’s grown and grown and grown.”

He was then questioned on why people got so excited over Ghost and responded, “I don’t know. It’s the whole thing I suppose of not knowing who he is. He’s like the head of the SAS and… I’m just so thrilled to be a part of it, I mean it just gets bigger and bigger each year.”

“Another little game” to go along with a comic book sounds like some flash game that accompanies the comic book’s launch, but who knows. Since the world is evidently unsure of who he is, and people who paid attention to the game’s characters have become attached to him, this could be a big time spin-off.

Filed under... #Call of Duty#Launch#rumors#sequel