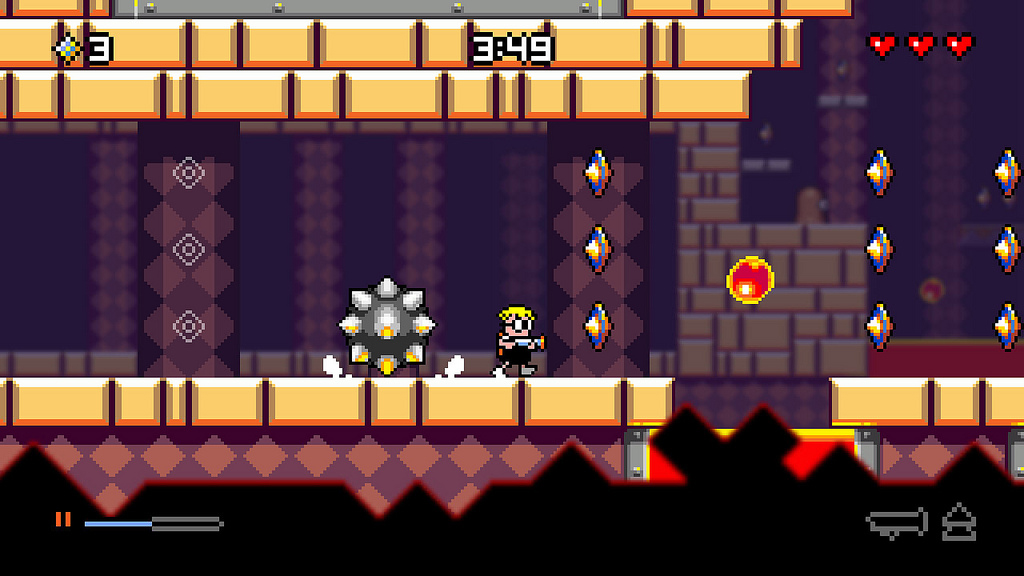 Mutant Mudds: Deluxe is great. It’s really great. And now it’s great on Sony platforms. Great! Renegade Kid’s 12-bit platformer made the jump to PlayStation 3 and Vita this week, offering Cross-Buy and Cross-Save functionality alongside myriad of trophies to collect for $9.99.Like the Wii U and Steam versions of Deluxe, the PlayStation release features an additional 20 ghost-themed stages, several unlockable characters, and welcome (but entirely optional) mid-level checkpoints.

I’ve had some time to test Mutant Mudds: Deluxe out on both PS3 and Vita. And the game looks and plays as lovely as ever — especially on Vita. Man, is this game gorgeous on that little OLED screen. Unfortunately, it’s not all good news. I’ve had some troubles getting the Cross-Save feature to work and I’m not alone in that. While I’m more than happy to just keep plugging away on the portable for the time being, Renegade Kid boss Jools Watsham says the Cross-Save issue is being sorted out.

Watsham has also indicated “there’s definitely a chance of the game coming to PS4 in the future.” So make sure to pester the folks at Renegade Kid if you want to see Max and the muddy invaders go next-gen.