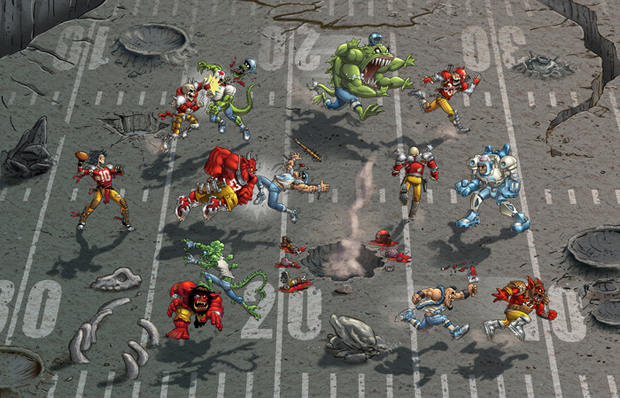 Kickstarter has brought new life to dormant game properties and concepts, and I was among those excited to see headlines about Mutant Football League. Until, like many of you, I got to the part about the project being geared toward mobile with other ports (i.e., the ones we actually wanted) arriving at a later date. What a disaster that turned out to be.

To be fair, the game did raise a sizable amount of pledges — $141,821 — but that amount fell far below its minimum funding goal of $750,000. The campaign was all over the place and the sticker shock didn’t help. Speaking to Joystiq, organizer and Mutant League creator Michael Mendheim said he led with mobile platforms due to feedback received from developers who had prior success with funding their games through Kickstarter but confirmed that “the backlash to [mobile] was just unbelievable. We were sunk that first day.”

Mendheim also told the outlet Mutant Football League will return to Kickstarter later this spring with a much lower funding goal and a focus on PC first and foremost. I hope this second attempt better connects with fans and ultimately gives them what they want out of a new Mutant title.