The Most Electrifying DLC in MultiVersus Today

Things have been a mite quiet in the world of MultiVersus since it began its second season, but the cartoonish brawler is happily ticking along, welcoming players into its marvelous mash-up of movie, comic book, and television stars. In fact, a new update launched today, bringing with it a new stage, a new character skin, and several fun, festive accessories.

First and foremost, “The Man in Black” skin is coming for DC anti-hero Black Adam, offering him the cinematic visage of Dwayne “The Rock” Johnson from the recent DCU movie — (which may, apparently, be part of the final hurrah for this incarnation of the troubled big screen series). Alongside Black Adam, a new stage has arrived, based on the sword-swinging series Game of Thrones. The new stage comes complete with a rendition of the show’s theme, and finally gives launch character Arya Stark a place to call home.

Lookit her! What a cutie pie! 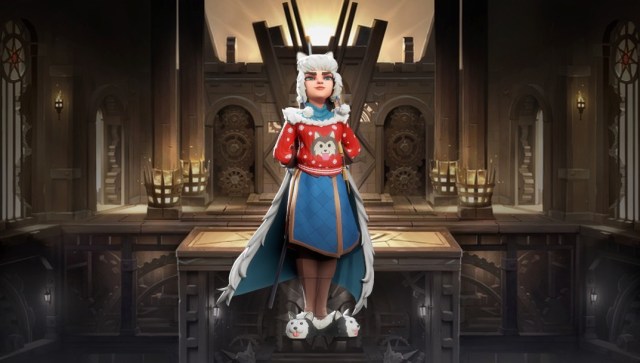 Getting into the holiday spirit, MultiVersus has also launched a limited-time event known as “FestiVersus”. For the coming weeks, players will be able to earn special cookies in battle, which can be exchanged for a variety of festive profile items and accessories, including avatars, stickers, and ring-out effects. Additionally, a selection of “Ugly Sweaters” will be available for some of the roster, ensuring that everyone is feeling the holiday spirit, whether they’d like to or not.

The new MultiVersus update launches today on PlayStation, PC, and Xbox platforms. Unfortunately, it seems that this will be the only place where you’ll see Black Adam battle Superman anytime soon.