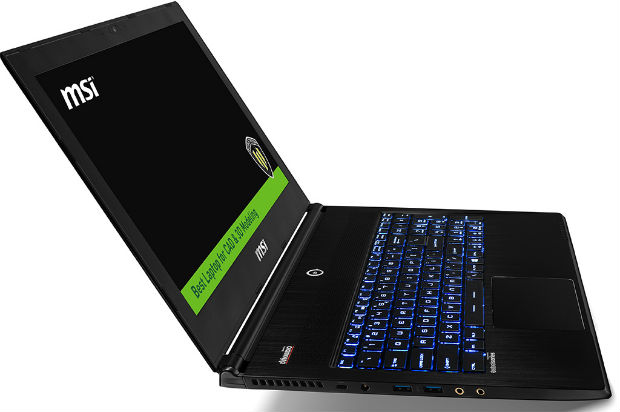 MSI has unveiled its WS60 ultralight workstation. It features a choice of 1080p or 3K resolution screen, 16GB of DDR3L ram, 128 GB SSD + 1TB hard drives, and the ability to stream 4K video via its Thunderbolt 2 connectors. It also features HDMI out and three USB 3.0 ports. Its graphics are handled by a Quadro K2100m by NVIDIA with 2 GB of GDDR5 RAM. All of this is powered by a Intel Core 17-4710HQ processor running at 2.5 GHz.

MSI is billing this as the world’s lightest workstation ever, but that crown is already taken by the Dell Precision M3800, which is slightly slimmer and lighter (.78 inches thick and 4.36 pounds versus .71 inches thick and 4.15 pounds.) However, the WS60 does feature a more powerful graphics card, more storage out of the box, and a Thunderbolt port, which the M3800 does not.

MSI (almost) has the thinnest pro laptop ever [Engadget]