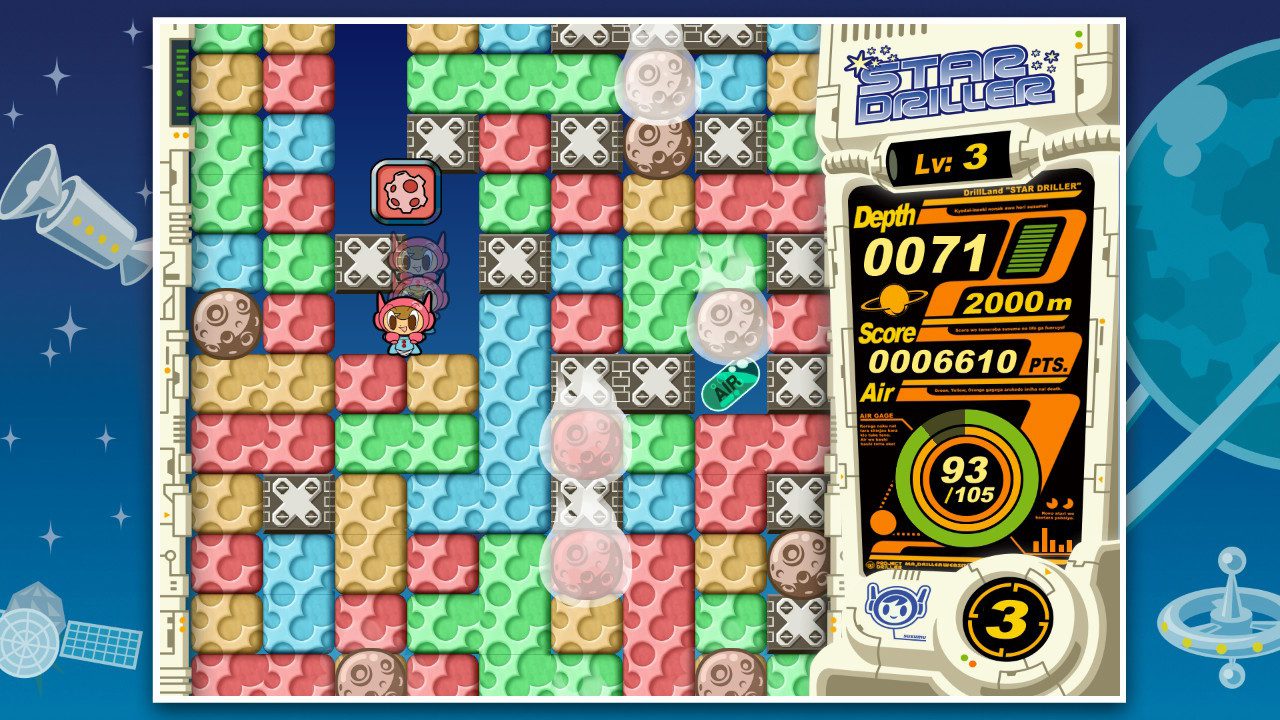 Destroy some colorful blocks on the newest console generation

Mr. Driller and friends make their way onto new platforms this week. Mr. Driller DrillLand will be available digitally on Nov. 4, for both current and next-gen console platforms.

While this particular version of Mr. Driller was already made available again on PC and Switch last year, Mr. Driller DrillLand marks the character’s debut on the Xbox Series X|S and PlayStation 5.

Mr. Driller DrillLand is a puzzle-platformer where you have to dig deeper down the screen, destroying blocks and creating combos while avoiding enemies and other obstacles. It seems to be fairly well-remembered by those who like colorful block puzzle games, and DrillLand includes a competitive multiplayer and casual modes.

When Chris checked it out last year, he had some pretty positive things to say about this version of Mr. Driller getting a second life on new platforms. While it might seem like a simple game of digging further and further downward through a sea of blocks, each decision to drill can end up creating a cascade of consequences. Not to mention, it just seems colorful and cheerful in a way that’s really endearing me to it.

Mr. Driller will get another chance to drill again on Nov. 4, when DrillLand arrives on PlayStation 4, PlayStation 5, Xbox One, and Xbox Series X|S. Mr. Driller DrillLand is also available on Nintendo Switch and PC.