[It’s often been said that limitations help creativity. Well, I don’t think there’s any genre more limited than single-screen platformers! Pacario takes us on an old-school, no scrolling allowed trip down memory lane. Got a story to tell? You should write your own CBlog! ~Bass]

The platformer is among the most cherished of genres, and for many, probably synonymous with the medium itself. Indeed, when someone blurts out “video game” in random conversation, the scene of a squat, Mario-like sprite bounding along is likely the first image many imagine. And why not? From Contra to Mega Man, the genre dominated both the 8 and 16-bit eras, while Super Mario 64 came to define 3D gaming. Early 3D gaming, that is—by 2001, no one was talking Banjo or Spyro anymore, but Halo and Grand Theft Auto. The cultural zeitgeist had suddenly shifted in a radically new direction, one in which running and gunning were key. Jumping was so passé.

But I’m not here to lament those old-school games, per se. Mario is still bopping around, Sonic is springing back, and even Crash has rebounded with a sublime remake of his first three titles. The indie community also regularly jumps in with its own contributions, from Shovel Knight to Axiom Verge. The games I miss go even farther back, starting way before the times of Super Mario. Yes, what I mourn is the single-screen platformer (SSP), that woeful genre still searching for a champion. 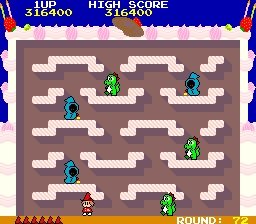 The Fairyland Story (1985) became the genre’s unofficial template, and is considered by many to be the first “true” SSP as understood today.

For those who need context, think Donkey Kong—the “platform game” started here, in which the player hurdled their pudgy hero over barrels and across girders, all in aim to save the fair Pauline. Apparently, this was a revelation to other studios who began churning out their own gems, from Lode Runner to Mr. Do’s Castle to even Nintendo’s own Mario Bros. Unlike earlier entries, these newer games often sported more relatable goals (find the treasure, save the damsel) and provided a level of depth and freedom unseen before. Even the “revolution” of scrolling-graphics did little to dampen the popularity of these games, at least initially; Tecmo’s Bubble Bobble released a full year after Super Mario Bros. and yet enjoyed a popularity that still endures to this day.

Nevertheless, the quirky whimsy that marked most single-screen platformers was probably their ultimate undoing. In Rod-Land, the player guided a cute lil’ fairy girl who fought giant squirrels and unicorn bunnies. In Snow Bros., the player took command of a snowman who fought his foes with balls of snow. And in Saboten Bombers, the player controlled a bomb-throwing cactus. Uh, totally cool…right? 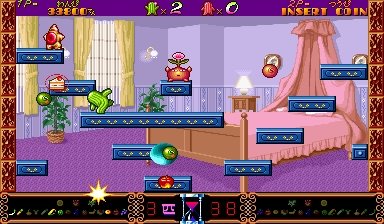 Saboten Bombers is about a surreal as games come. But who cares? Fun’s the key word.

This surrealism, of course, was the norm in the old days, as seen in everything from Joust to Crystal Castles. But by the 1990s, gamers wanted Mega Man X and Sonic the Hedgehog, not pint-sized dinos that burped up bubbles. Thus, even the famed Bubble Bobble series had to be reinvented as a puzzle game (Puzzle Bobble) just so the franchise could survive. A decade later, the SSP was essentially dead.

Which is why I write with regret; this genre has yet to enjoy a second coming. Super Crate Box and Woah Dave! are nice starts, but where is its Shovel Knight or Blaster Master Zero? Where is that singular game that will make gamers blink and take notice again? 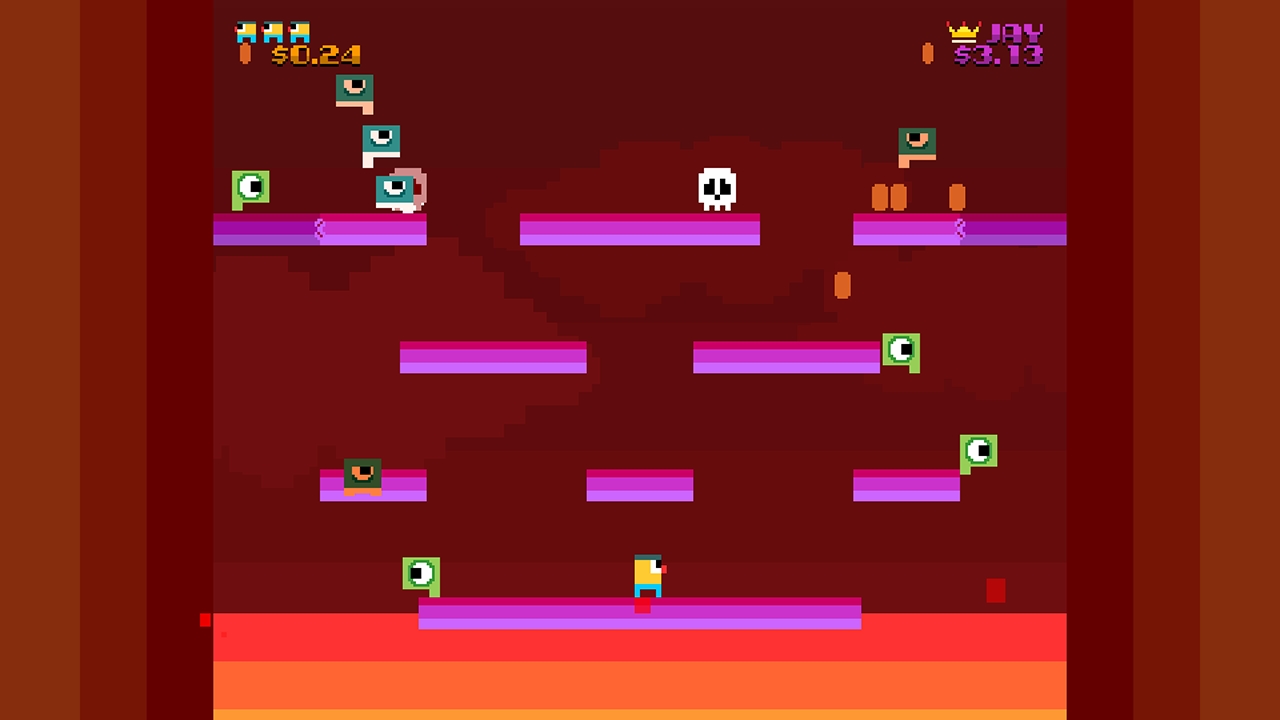 In the meantime, I implore the would-be faithful to give this genre an earnest look. Although seemingly simple and often deceptively cute, these are games that require a certain craft and finesse to play successfully—the ability to think ahead and react accordingly despite danger coming constantly on all sides. It’s a skill lost on most modern gamers. And sadly, an art long lost on the modern developer.

Interested? Here are some of the better single-screen platformers worth investigating:

The Virtual Boy’s Mario Clash probably also qualifies and is worth playing if possible. Pity Nintendo never released it on the 3DS.

[The author of this blog has a podcast available here.]