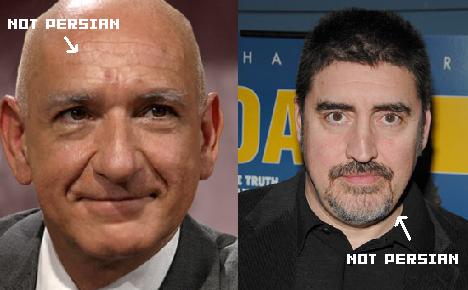 I am weirdly obsessed with the upcoming Jerry Bruckheimer produced Prince of Persia movie. I don’t why, but I have a gut feeling that this could be the first videogame movie that is an honest-to-God hit. I am feeling a Pirates of the Caribbean vibe. That movie was based on a freakin’ ride for crying out loud and it turned out pretty great.

True, casting a Caucasian as a Persian prince is a little odd, but stranger things have happened in . So far the talent involved seems to be pretty topnotch – especially for a videogame to movie adaptation.

And the impressive talent keeps on coming! It was just announced that Alfred Molina (of Spider-Man 2 fame) and Ben Kingsley (of being awesome fame) will join the cast. While no info is known of Molina’s role, it has been confirmed that Kingsley will play Nizam, the main villain of the film who kills his own brother and tries to frame the titular prince (Jake Gyllenhaal) for the murder.

What do you think? With all these people involved, am I right in thinking this movie could actually be good? To prove my confidence I am going to make a bet right now: If this movie does not make at least $100 million domestically I will do something horribly embarrassing. Any ideas?