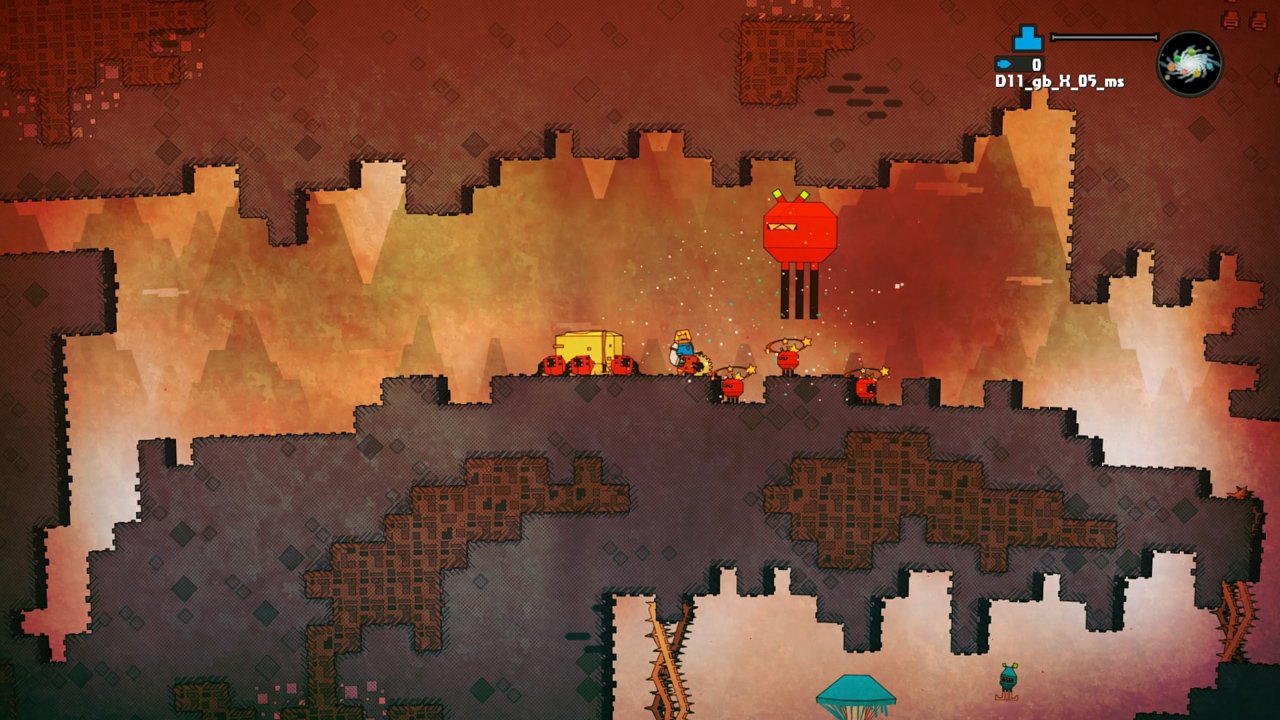 Q-Games’ Nom Nom Galaxy (previously PixelJunk Inc.) is coming to PlayStation 4 on May 12.

The game is a meld of platforming, exploration, building, and base defense. Broadly speaking, players are on a mission to expand their galactic soup company by setting up factories on alien worlds. They can go it alone, or with a friend in split-screen, or with up to three in online co-op.

Having spent way too much of my life digging with pickaxes in games, I’m glad to see a new tool: the astro-buzzsaw. Nom Nom Galaxy has been on Steam Early Access since last year. While it was also planned for release on PlayStation Vita, Double 11 “had to stop work on it so that we could focus on providing the best possible console experience on PS4,” according to design manager Gareth Wright. “We love Vita as much as you all. Never say never.”

I’ve been holding off on the Early Access version, so PS4 it is!