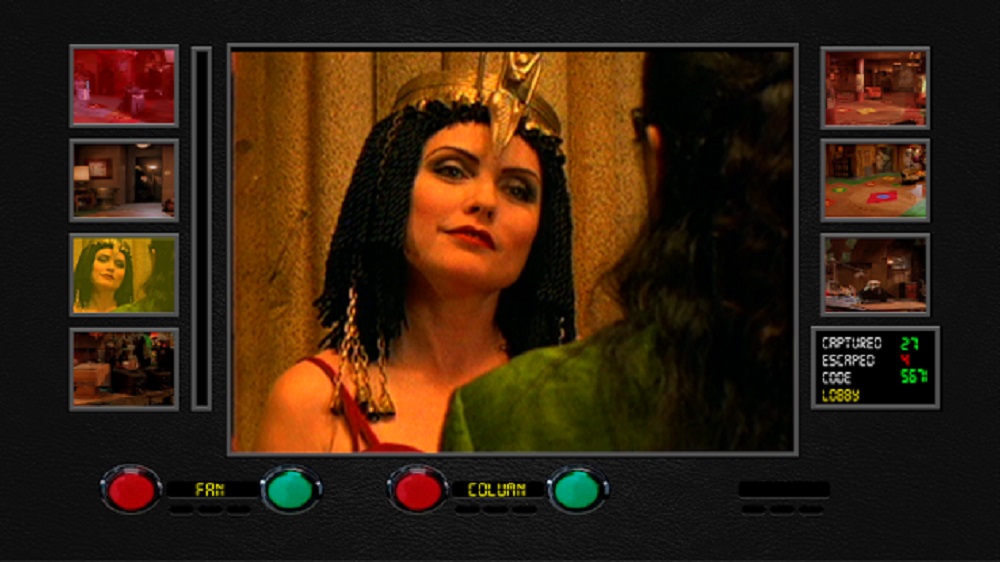 As part of yesterday’s E3 presentation held by publisher Limited Run, it was announced that another Sega Mega CD FMV title is getting a 25th anniversary re-released: Double Switch.

Developed by Digital Pictures in 1993, Double Switch retains the “watch cameras and activate traps” mechanics of their earlier release, Night Trap. Set within an opulent apartment complex for wealthy sleazies, the player teams up with the building’s architect, Eddie Arms (Corey Haim) and must protect the tenants from a gang of intruders.

None of this takes away from the fact that the game still kinda sucks, and is a much more frustrating experience than its predecessor, due to its unforgiving trial-and-error gameplay. Without the surrounding controversy afforded to Night Trap, Double Switch failed to make an impact on launch, as the FMV game bubble had burst in double quick time (events).

Regardless, it’s cool to see yet another curio of gaming history getting a dubious celebratory release. Once again being handled by the talented Screaming Villains, a developer who polished up Night Trap with a passion and eye-for-detail that deserves applause. Despite everything negatory I just stated above, I know this sucker right here will be picking up a copy of Double Switch on release. Someone should send me down a trapdoor…