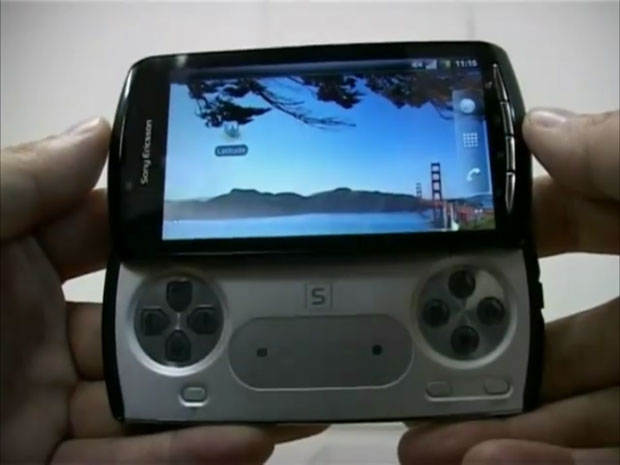 In case there remained a sliver of doubt in your mind that the purported “PlayStation Phone” actually exists, a two-minute video showing off the phone has appeared on YouTube. (No, your speakers aren’t broken; the video has no sound.) The person handling the device slides it open to reveal the D-pad and PlayStation face buttons, along with that weird oval area between them (supposedly a touchpad).

Reportedly code-named the “Zeus Z1,” the device in the video is shown to be running the next incremental update to Google’s Android operating system, v2.3 (“Gingerbread”). All kinds of currently-available Google applications — including Maps and YouTube — are installed on the phone, along with an app simply named “PlayStation.” (Sadly, the person doesn’t actually click on the icon.) We also get a look at the phone’s profile, and it doesn’t exactly look like the most svelte device in the world.

Then again, assuming it’s an Android-based Sony Ericsson phone that also plays PSP games (and, presumably, Android games to boot), you probably weren’t expecting something as thin as a credit card. Here’s hoping Sony actually confirms the existence of the “PSPhone” by the time my Droid’s two-year contract expires next November.

PlayStation Phone ‘Zeus Z1’ caught on video again, this time you can actually see it [Engadget]

[Update: Thanks to Dtoider pokota (and Kotaku), we now know what happens when you touch that PlayStation icon: not very much. A tab entitled “Library,” showing the phrase, “There are no content items,” appears. Other tabs include “Recently Played,” “Recently Added,” and what looks to be a search button. Presumably, though, games would show up there! Check out the 15-second clip after the jump.]