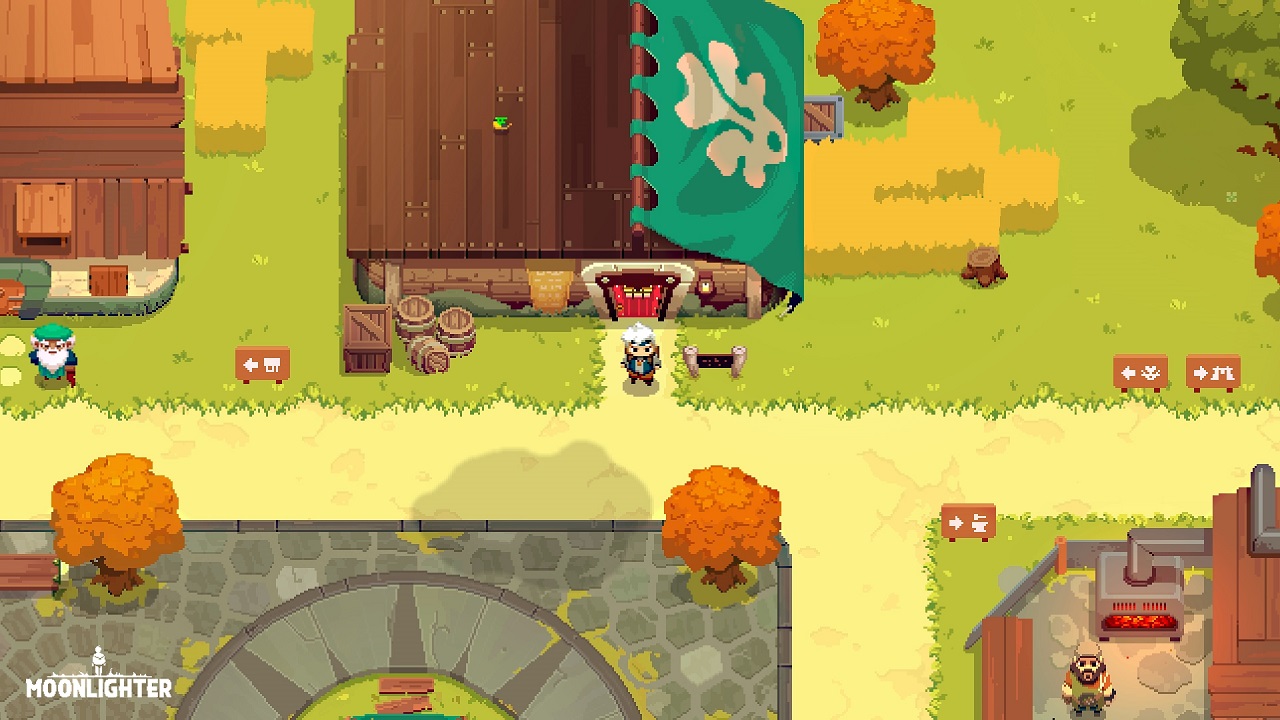 I spent eleven years in retail. During that time, I worked at a major electronics store and a small independent skate shop. Though the companies couldn’t have been more different, the overall experience was the same. Retail sucks. Virtually every shift was stressful, frustrating, and punctuated by long periods of soul-crushing boredom. When I clocked out for the last time this past summer, I swore that I’d never work a day in retail again.

Moonlighter is making me reconsider that promise. Digitally, at least. 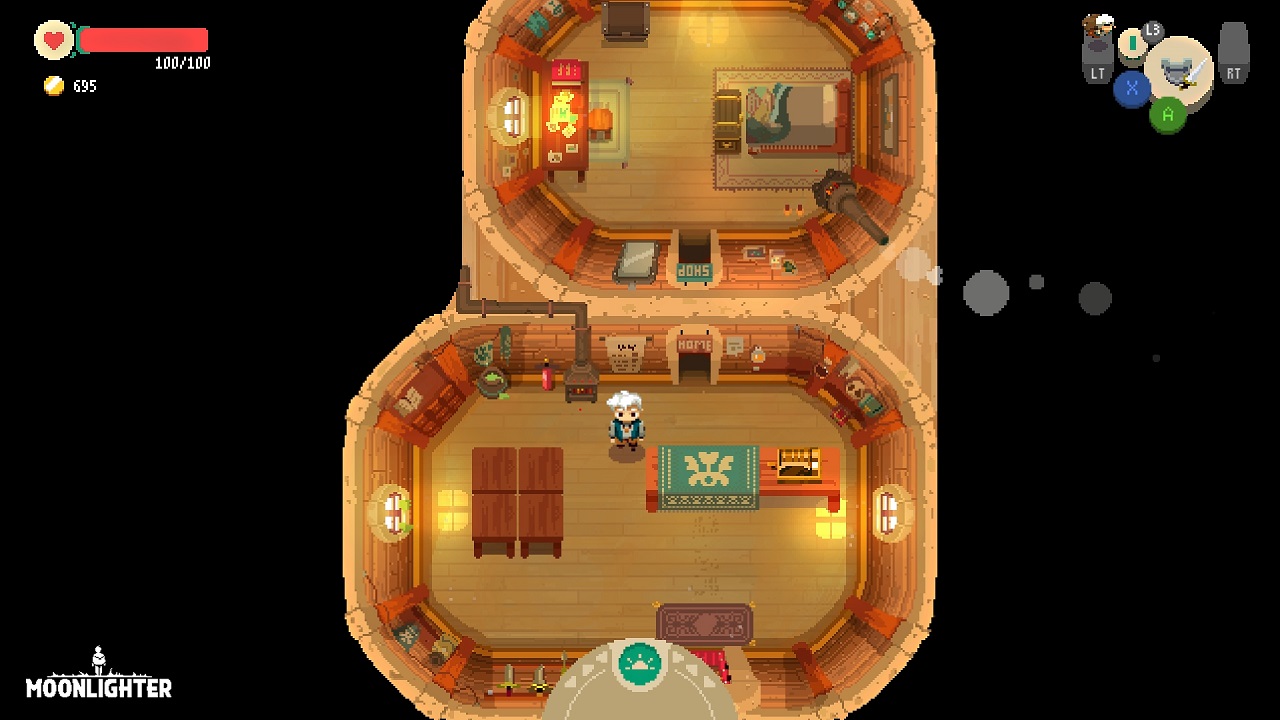 I spent a few hours with an early build of Moonlighter last week. It’s a charming little game that has players split time between shifts at an item shop and nightly runs through randomized dungeons.

There’s a bit of Recettear in Moonlighter‘s DNA. Both games share a similar approach to managing a store. Will, Moonlighter‘s white-haired protagonist, can display items, set their prices, and sell goods to customers as they stream into his shop. But while the economic systems and shop management in Moonlighter echo Carpe Fulgar’s cult classic, it’s Will’s dreams of a life outside of his shop that sets them apart.

Even during the game’s opening hours, it’s clear that Moonlighter understands one of the defining traits of almost all retail employees: an earnest desire to do anything else. Will spends his days slinging potions and squirreling away gold coins, but his heart isn’t always behind the store’s register. Instead, it’s the allure of a life spent adventuring that keeps him motivated. His nightly trips to the maze-like dungeon on the outskirts of town are not only a necessity to keep his store stocked but a chance to escape and live life as someone else, even for a few hours. 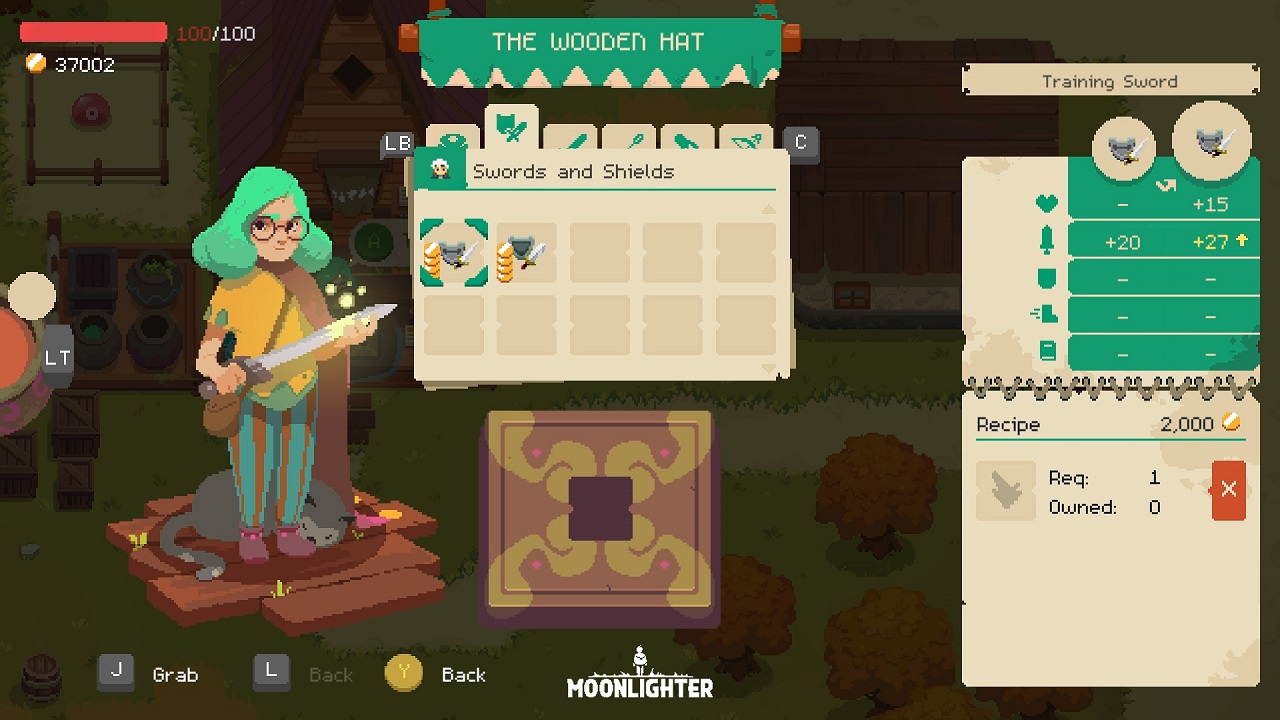 I’m not sure if the push-and-pull relationship between Will’s employment and his aspirations will play a huge role in Moonlighter when the game’s finished, but there were notes of it throughout the build I played. Each morning, I’d set some items out — iron rods and red goo, mostly — and set them at what I assumed were fair prices. When it came time to open the store, I’d watch potential customers trickle in. As they perused Will’s wares, speech bubbles with different faces would appear, indicating if an item was a steal, deal, or an average price. Once I sold out, I’d close the store and prepare for a dangerous resupply trip.

If Moonlighter‘s retail portions borrow from Recettear, then the dungeon crawling sections are akin to the 2D Zeldas. Though dungeons get randomly generated upon entry, they’re a collection of connected rooms. Progressing through them means surviving against waves of enemies and environmental hazards by mixing offensive combos and a handy dodge roll. Will’s capable, but hardly a seasoned warrior and Moonlighter‘s first dungeon is surprisingly difficult. It’s not uncommon to enter a room and immediately be overwhelmed by reanimated suits of armor and laser-spewing vases. Without practice (and a steady flow of healing potions), I was KO’d a dozen times.

The two sides of Will’s life make for a compelling experience. Once I got the hang of Moonlighter‘s flow, I was spending my days making money to feed my adventuring habit. Other vendors in the Will’s town sell potions and weapons that make dungeons considerably more manageable. Using Will’s profits to secure better gear means you’ll be able to bring back more loot for the store. It’s an accurate emulation of the “daily grind,” a vicious cycle that’s relatable to anyone who’s toiled away behind a store’s register for countless hours. 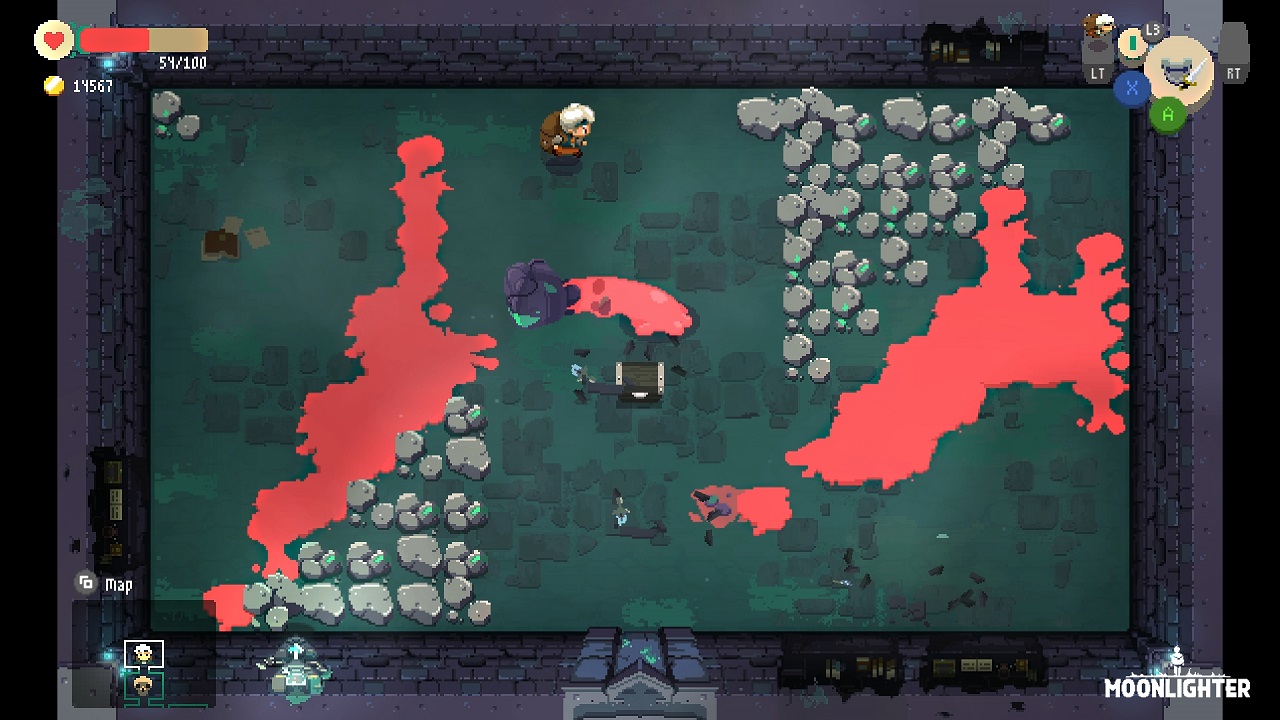 But this isn’t to say that Moonlighter isn’t fun. I had a blast watching customers react to my inventory and dug balancing my current stock with shoppers’ preferred prices before testing my mettle and restocking my wares with nightly jaunts to the dungeon. As a vertical slice, Moonlighter‘s early build shows plenty of promise.

Moonlighter is slated for a 2018 release on PC, PS4, Xbox One, and Switch.