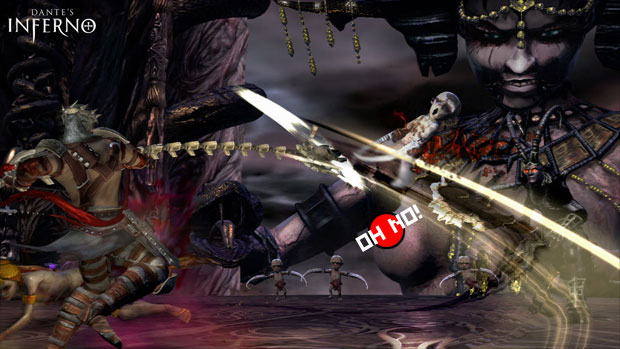 Visceral Games has announced that it colloborated with screenwriter Will Rokos to adapt Dante Alighieri’s classic poem for the upcoming videogame, Dante’s Inferno.
“Taking such a naturally rich and deep universe and adapting for the video game has been one of the most interesting and challenging projects I’ve worked on,” Rokos said. “I really got into re-imagining Dante as a flawed hero with a dark past, and his determination to save the love of his life from a terrible fate. It was a truly unique experience to re-create one man’s hell, one circle at a time.”
The pedigree of the writer aside, I don’t think it matters who helped Visceral on this one. They could have summoned Alighieri himself from the grave and people would still cry foul. Let’s hope that the game, when it ships next February, is actually good. I mean, there’s a boss that has things crawl out of its nipples —  that’s… a thing, right?